Culture
In Conversation with Emma Blackery 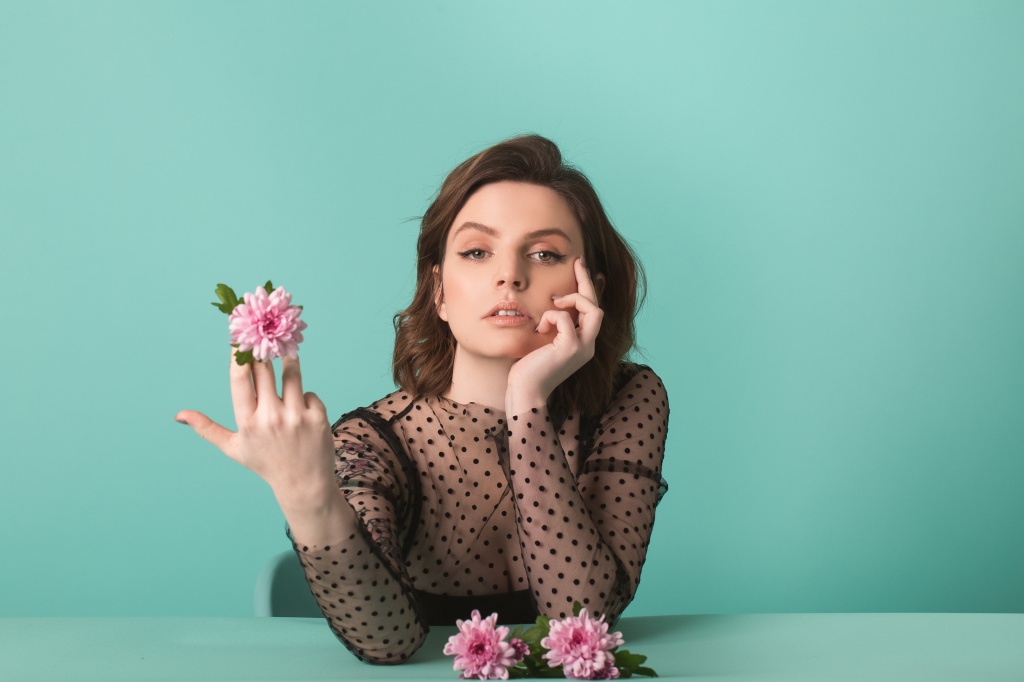 YouTuber to pop sensation, The Glasgow Guardian’s Jen Bowey and Jack Corban met with Emma Blackery for a chat about all things fame and success

Emma Blackery, first known for her success as a YouTuber and now taking the music industry by storm, recently played a show in the Glasgow Garage as part of the tour for her debut album Villains. About a month ago a member of Blackery’s PR team got in touch to ask if we’d like some interview time with her before her Glasgow date on the 22 October. Of course, we couldn’t turn down the opportunity to speak to a woman who has proven herself across multiple industries at such a young age.

GG: How have you found reception of the new album so far?

Emma: Ridiculously overwhelming. This is my highest charting release to date, in terms of, you know, not singles. So the album charted at number 24 in the UK album chart which is ridiculous as an independent artist, you know, every single has gone down so well and now obviously because I’m on tour, I’m seeing people singing back every single word that I’ve written and not even singing, shouting it back every night! The last couple of nights I’ve done Manchester and Birmingham and it’s just been ridiculous. It’s a euphoric feeling. It’s so weird in a wonderful, wonderful way.

GG: So when working on Villains. What was the production process like, were you collaborating with anyone you’d like to talk about?

Emma: So really I had this idea that I was going to make an album. It was never like, oh I’ve got loads of songs let’s just put them up. I knew I wanted to write an album about my experiences that I’ve had with like bad friendships and falling out with people. I was put in touch with a producer called Toby Scott, who lives in the same area as I do. It was originally going to be like just trying it out, seeing if he was the right fit for the songs I’d written on guitar, and we absolutely instantly clicked, and it basically became a team effort. There were also some other co-writers and collaborators here and there. Another producer, Pete Hutchings, helped out on Villains Pt 1 and Villains Pt 2. Yeah it was a wonderful experience working with other people, usually I just sit and I write all my own songs. This is the first time I’d branched out and said ‘I want to work with other people and see what they can bring to the table’, so it absolutely worked out wonderfully well, I’m really really proud of it.

GG: So you’ve been writing music for quite a long time, it must be quite enriching getting other people on board?

Emma: It can be very odd losing that, like, giving up that control. Like you said I’ve been writing songs for a long time. I think I picked up my first guitar when I was 12. I started writing when I was like 13 or 14, so about half my life, and it’s only ever been me and a guitar. Then whenever I’ve released a song I’ve said to producers ‘this is how I want it, I’m not changing anything’, so to start a song from scratch with other people is a very different experience.

GG: How do you feel your sound has developed over the years? As you’ve been writing songs for so long. You released Human Behaviour in 2012. It has a much more melancholic sound compared to the stuff you’ve released recently.

Emma: Yeah, so it’s been quite a journey with every release that I’ve made. As I’ve gotten older and discovered different types of music and my favourite bands have released different styles of music, like Taylor Swift or Paramore. It’s been a very natural progression, when I started out it was the old 2012 Human Behaviour EP, that was me in my friend’s garage. Neither of us knew what we were doing, everything was sort of a bit out of time here and there but it was very acoustic based. Then I moved on towards more of a pop punk sound. I still love pop punk with all my heart, you’ll still catch me in the car looking like an absolute idiot. But it was only really the last year, year and a half, that I got back into pop music. I sort of stopped listening to it when I was like 14, cause I was like ‘pop sucks, I’m too edgy’, you know how it is, not supposed to last until 25 mind. But yeah I got back into it, like I’m in love with like Taylor Swift and that kind of huge sound like Katy Perry, you know that power pop. Yeah, I always believe you should make what you love, what you think is missing. You should be filling a void that you think is there. I was out to make the biggest, most pure pop album that I would love, and it’s my favourite album of all time. I think if something that you make is not your favourite thing, don’t release it.

GG: Obviously you’re doing this as well as YouTuber. So, I was wondering what it’s like trying to balance the two. How difficult is that?

Emma: It is very difficult. If I’m honest with you, and I don’t think a lot of people would garner sympathy. Whenever you hear YouTuber you think ‘oh you have it so easy’. But in terms of getting the balance of privacy right as well it’s very easy to overshare, you can’t pull it back once it’s out there. Like, I used to share a lot more about my family and my personal life but I’ve had like personal security issues in my life due to what I do. Trying to get the balance right especially in terms of creating stuff online and maintaining that connection with your audience as well as trying to create music, it can be difficult but there is an overlap. If your music connects with people then that connection is what holds the two together. So yeah, I really want to continue sharing my experiences online as well as creating music, why wouldn’t I want to do that?

GG: Do you have a favourite song to play live?

Emma: Um, oh God, it would be one of the new ones. Probably, ‘Dirt’, obviously it was the lead single from the album and hearing it every night, the crowds just singing all these little lines back, you put the mic out at any point in the song and they’ll just shout it out. It’s incredibly, you go on stage and you feel like a God you know? It’s fun.

GG: So, Taylor Swift and Paramore you’ve mentioned quite a bit. I was wondering do they factor in at all as influences?

Emma: Oh 100%. So, I think Paramore have been influencing me since at least like 2008 – 2009. I used to be in local pop punk bands, back in the day if you played a local venue you’d made it. You know, I was a female singer in a pop punk band, I wanted to be Hayley Williams, you know? I still want to be Hayley Williams. Even up until like my second or third Ep release, the music was very pop punk oriented and a lot of it was influenced by Paramore’s releases at that time. I feel like I’ve developed my music alongside my inspirations’ music as well. But this album is definitely more of the major big power pop vibes so Katy Perry, Taylor Swift. I think Taylor Swift is an incredible song writer. I think she gets a lot of crap that I don’t think she personally deserves. Her writing is phenomenal.

Emma: Very short term I want to finish this tour and have a couple of months to just decompress. This whole year has just been write write write, release release release, tour tour tour. So it’ll be nice to have a couple of months at home. But I’m back in the studio already, just writing more songs as I go. As for whether it’ll be an album or an EP? I don’t know, I just want to make music right now and see where it goes. I want to start working with other people I want to write with other people. I want to branch more into the songwriting side as well as being an artist. And just keep developing my sound really.

GG: You mention how busy you are at the moment with the tour schedule and everything, how are you coping with it?

Emma: Um, I fell asleep in BBC Scotland’s green room earlier on for about ten minutes and then had to be woken up to go and perform a couple of songs. I thought that perhaps sleeping on a tour bus would be fine. I was wrong, very wrong. It shakes, it’s loud, you’re thrown in and out of a bed all the time. I love my sleep. I very much enjoy my sleep. As someone with genuine fatigue health issues I quite like getting a bit of sleep, you know? It’s been odd especially being in different time zones. Tour buses don’t have showers, you have to shower in venues. It takes some getting used to. Let’s just say that I’ve had an amazing tour. I’m so glad I’ve done it. I’ve seen new places that I’d never seen before. I’ve had new experiences but I’m very very excited for the final date in London.

The confidence Blackery emited in the interview was equally present on stage. With such a passionate fan base, it’s no surprise Emma had such a fluid, natural dynamic with her audience. So much so that, despite our more casual relationship with her music, we felt like fans in the audience. This was certainly one of the key features of the translation from Spotify to live in her performance, though another key part was the change in sound when Blackery was backed by a band rather than heavy synthesisers.

Villains as an album has a consistent theme of rage, which translated onto the stage phenomenally, with a rock band backing her. Your standard array of bass, guitar and drums really brought out a lot more of the feeling and intention in her lyrics. It seemed baffling to us that this wasn’t the sound that was chosen for the recorded takes of her music, when it seemed to fit so naturally.

If, like Blackery, you find yourself more of a Taylor Swift fan then you’ll likely find yourself really enjoying her recorded performances and you’ll likely be able to find a place for Villains in your Spotify playlist. However, if you are going to listen to Villains for yourself, you won’t regret finding a live performance for a truly fantastic experience of her music.