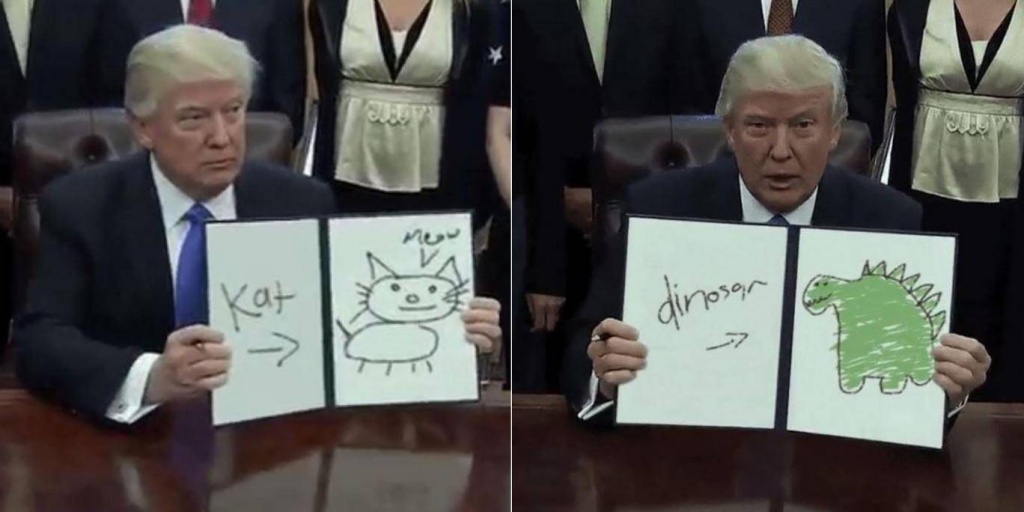 Memes are everywhere. You can’t scroll through your Facebook feed without seeing at least one. Ten years ago memes were a niche part of the internet but now, with the explosion of social media, memes have become a colossus of the internet. The beauty of memes is that they are quick to spread and easy to enjoy - just one click of a button and one can instantly be shared with hundreds of friends on Facebook. The Facebook page “Memes” alone has over 15 million likes so it’s not difficult to grasp just how widespread they are in the modern day.

From Ugandan Knuckles to Surprised Pikachu, memes seem like a harmless form of entertainment that can be used to fill a few spare minutes of downtime, but there is a more nefarious side to memes that is quickly becoming a powerful tool. Political cartoons can be viewed as an easy way to get a political message out to a large audience with little knowledge required to understand them. Satirical pictures and political cartoons are credited to have began in the 18th Century, the same time newspapers were becoming a mass distributed form of media. With the rise of the internet a new form of political cartoons have inevitably been created – memes.

Memes being used as a tool of political campaigning was most apparent in the 2016 US Presidential Election. The Republican Party harnessed the power of memes to create a powerful campaigning machine that eventually won the election, while on the other hand the Democratic Party were unable to create the same effect. Donald Trump was transformed into a meme by the Republicans, with his supporters constantly creating new content about the nominee that could be shared on social media quickly and effectively. The /pol/ forum on 4chan created memes daily and the subreddit The_Donald was able to share these in massive numbers to reach a wider audience. Creating a cascade of memes filtering through to every corner of the internet allowed Donald Trump to have an incredibly widespread campaign with surprisingly little input from the party.

Another instance of this form of campaigning was visible during the Brexit referendum, albeit to a lesser degree. The potency of a simple meme in a complex referendum cannot be underestimated - all it takes is a few seconds to digest the meme and the message has been implanted into the brain of the viewer. In a referendum where many people were not sure of what was happening, being able to put across instantaneous and simple messages became very useful. With new meme formats being created weekly you can re-package the same message in many different ways, always managing to keep it inline with the current meme trends. This constant change in the meme world allows creators to constantly push their ideas without viewers being put-off by the repetitive nature of the message.

Diversity in memes allows for the same message to be relevant to more groups of viewers. With hundreds of meme subcultures, all it takes is for a message to be put into a viewer’s favourite format and suddenly the message is relevant and entertaining to that specific viewer. This is a stark contrast to traditional speeches and debates which can easily bore audiences with the same catch phrases repeated constantly, along with hours of forgettable information.

This new style of campaigning will no doubt become the backbone of many campaigns in the future, and with social media numbers growing everyday the potential audience for these targeted memes only increases. Whether it is transforming a candidate into a meme themselves or having political messages be made into a meme, the effectiveness of this form of communication cannot be denied. Two of the most controversial campaigns of recent years both utilised memes to great effect, laying out a formula for a successful campaign in an internet dominated world. When the time people have to listen to speeches and watch debates is so little, political memes will soon take their place. So, dread them. Run from them. Memes spread all the same.