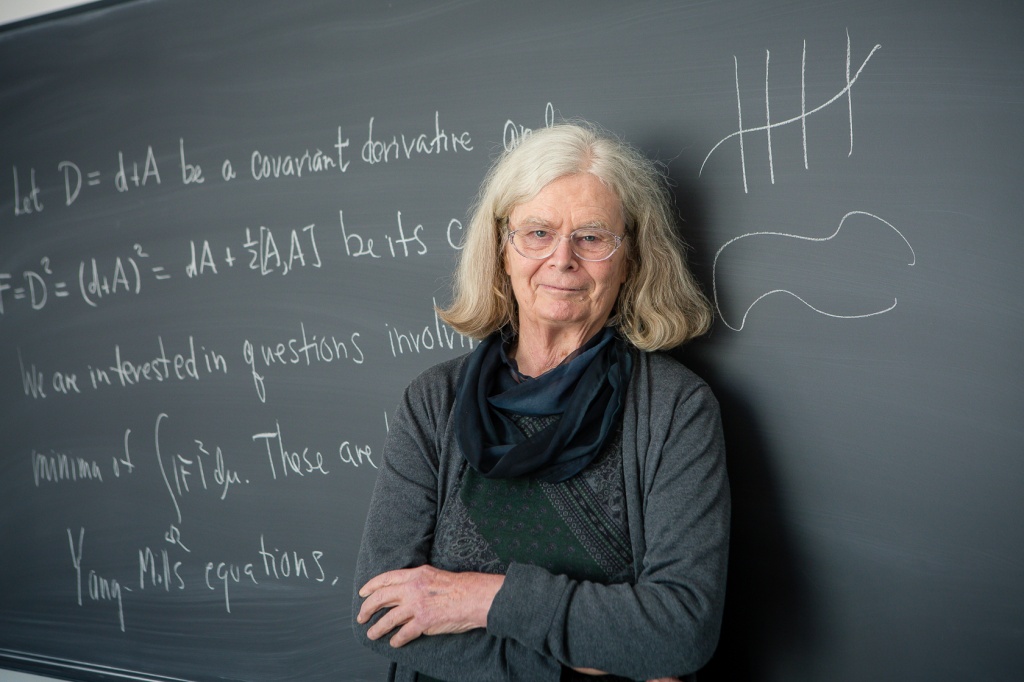 Just last month the Abel prize, commonly considered to be the Nobel prize of mathematics, was awarded to the first female prizewinner, Karen Keskulla Uhlenbeck. Now a professor emeritus at the University of Texas, and a visiting associate at the Institute for Advanced Study, Uhlenbeck's work has had a profound impact on many areas of mathematics, with implications in theoretical physics.

Despite describing Einstein's general relativity as "too hard", in a single paper, Uhlenbeck is considered to have founded the field of geometric analysis, a mathematical discipline that mixes differential geometry (an extremely technical way of describing and analysing the nature of spaces) and differential equations (types of complicated equations that can describe the flow of water, the evolution of bacteria and fluctuations in the stock market). Beyond creating an entirely new area of mathematics, she's contributed to topological quantum field theories, and dabbled in shock waves, manifold topology and gauge field theories, all of which are just as difficult as they sound.

Her academic journey has not been a simple affair, however, perhaps of no surprise to those that, even today, find their way blocked by stereotypes and unconscious bias. Commenting on her search for a permanent position: "I was told, when looking for jobs after my year at MIT and two years at Berkeley, that people did not hire women, that women were supposed to go home and have babies." For historical context, at this point in time American universities were still enforcing "anti-nepotism" policies, used to prevent dual employment of a married couple. Luckily for maths, Uhlenbeck's persistence won her positions at various universities, culminating in a professorship at the University of Texas which she's held since 1988. Despite this and her other, numerous accomplishments, she remains "quite disappointed at the numbers of women doing mathematics and in leadership positions."

Mathematics is a subject that, despite strong and growing gender equality at undergraduate level, rapidly transitions into a male-dominated science as you look up the ranks, showing poor representation at graduate and staff levels. At Glasgow, we're no different. Although the school of Mathematics and Statistics has some truly inspirational female professors, representation is still not where is ought to be. By winning the Abel prize, I pray that Karen Uhlenbeck inspires further equality in STEM generally, but most importantly in mathematics, a field that desperately needs an injection of diversity.