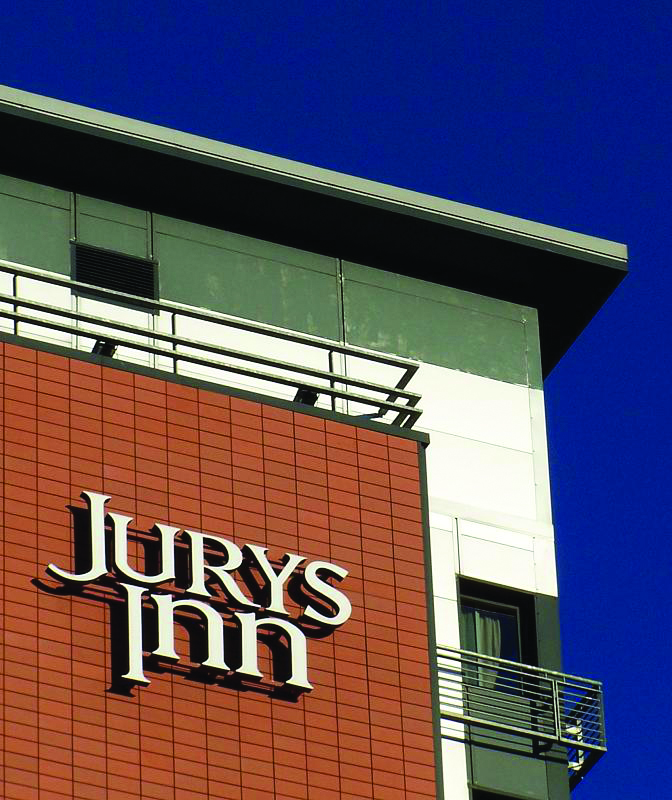 Several students have spent the first few weeks of term living in a hotel after new-build accommodation was not ready for the start of the academic year.

30 students were due to move into the University's newest accommodation, Central House on Jamaica Street, but alternative arrangements had to be made after the work was not finished before the academic year began. These students have been staying in Jurys Inn, also on Jamaica Street, since September.

While they were not expected to pay any extra fees on top of the standard University accommodation price, the lack of cooking facilities means extra costs have been incurred as students have had to eat meals out. The £127 per week fee covered rent, a Wi-Fi connection and breakfast, but no other meals.

The students, who are a mixture of undergraduate and postgraduate students, were advised prior to the beginning of the semester that the accommodation at Central House would not be ready until 14 October. While 26 students have now successfully been moved into the new accommodation, rooms were not ready for the final four. Three have now been moved to student accommodation elsewhere, while one has opted to wait until completion of Central House.

Jess McGrellis, President of the SRC, called for some kind of compensation to be made for the students due to the extra food costs. She commented: "The SRC are pleased to hear that students living in Jurys Inn have finally been moved into Halls of Residence. While we appreciate that this year has been difficult for the University to find accommodation for all students that applied for it, the fact that we have students living without cooking facilities for a month and having to bear the extra cost from that is completely unacceptable."

She continued: "The SRC would like to see these disadvantaged students compensated and hope that this doesn’t happen again in the future."

The University usually manages to house all those that apply for student accommodation before the deadline in the various Halls and student flats available. Officials pointed out that a large number of those placed temporarily in the Jurys Inn had in fact applied for accommodation after the deadline date.

The spokesperson for the University said: "We always do our very best to help students find somewhere to live, including those who apply after the deadline date for guaranteed accommodation. We would like to apologise for any inconvenience caused, but would stress that all students were advised in advance of the situation, and that the vast majority – 27 out of 30 – applied after the deadline date for guaranteed accommodation."

This is the second accommodation crisis the University has faced this year after 166 HMO licenses for Murano Street Student Village were denied at the beginning of August.