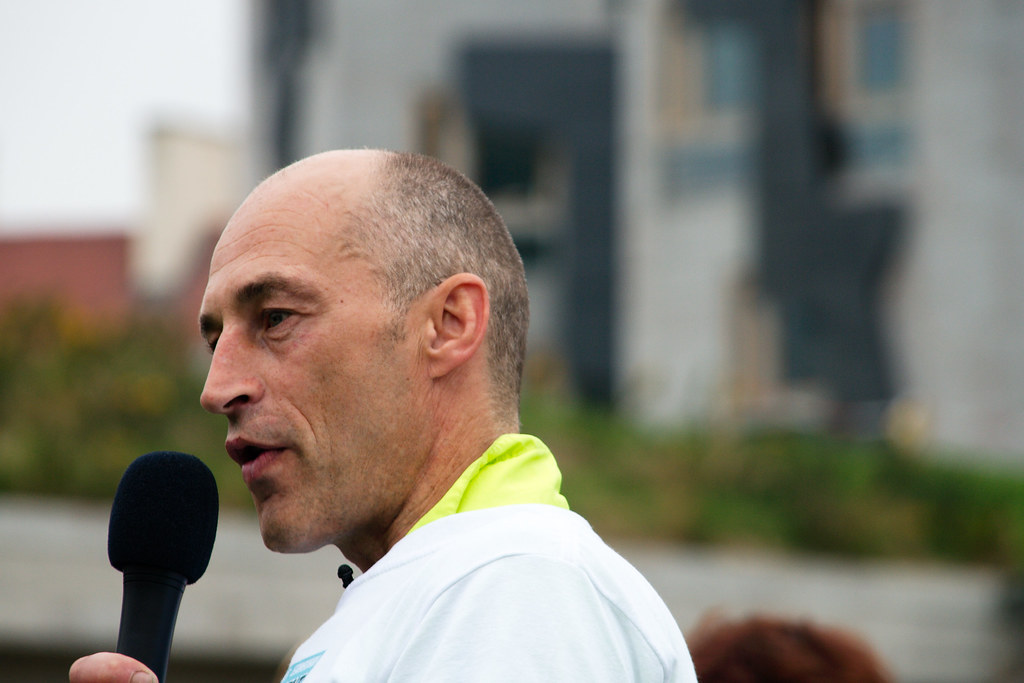 Guardian: What attracted you to the role as rector of the University of Glasgow?

Obree: I was approached through Charlie (Milarvie, Obree’s PR associate), and I thought that it was interesting. It took me back 25 years to my university days and I realised that I’d left (Glasgow University) not realising what a troubled person I was.

I thought that was a weird thing being invited back. I’d left feeling an abject failure, but what I’ve managed to do with my life outwith academia was sufficient for me to be asked to stand for the post of rector at the same institution I’d failed in. That was a wee bit poignant. So I thought about what I’ve learned in 25 years, overcoming my own difficulties and depression and self-worth issues and confidence issues, which had been a major factor in me not being able to continue at university. What I have overcome in 25 years is what I’ve got to contribute.

When I was asked to come here for the role of rector, I thought I might have something to contribute, maybe not politically, but certainly as somebody who is accessible to people who are struggling. I’m glad I’ve had my own personal journey - it’s been quite well documented - because I come from a background of people who don’t just want advice, but they want a sense of empathy and hope. I thought "I can provide that."

There are other reasons as well, like the protection of academic importance. I’ve been to other universities doing talks and I can see an undermining of pure academia for the sake of vocational study. Here, while there’s a role for vocational studies, it's at the sharp end of increasing human knowledge, in protecting human knowledge. In my opinion, teaching a basic raw study needed to go and do in a job is not the role of university. I think that’s been undermined and if I could protect that then I want to.

Guardian: Pursuit of sporting excellence – how would you pursue that in the role of rector?

Obree: I think just being single-minded in one field of endeavour is good in its own right, but I think that attitude is the most important thing to pass forward - not giving up in the face of adversity.

There are a lot of strong candidates with a lot to offer and a range of what they can offer. Edward Snowden has clearly shown himself to be a man of honour who has put his life in severe danger, as well as his happiness in life, for what he saw as an honourable thing to do. Just that fact from a distance can’t be underestimated, even if he wasn’t a working rector.

What I have to offer as a working rector is the fact that I can access Scottish media and put in more of my own beliefs about the importance of university and it being different from a polytechnic or a college. The division has been so blurred and if it becomes more so then the role of university is very much in danger. I can be a role model. I can be there for students who are struggling with life, not just their studies.

Guardian: How would your previous feats and triumphs as an athlete play a role in your involvement at the University?

Obree: I don’t think they'd play a huge part at all. I think sport is a good thing to do to feel good about yourself, but I think the aspect of my sport that’s probably more important in this situation than the achievement itself is the attitude that "I’m not accepting things as they are."

I did that in my sport. I’ve fulfilled that role in terms of bike design with some bike designs that I was first to initiate being adopted by manufacturing companies. In the tiniest, tiniest way I’ve changed bike design and I’ve changed attitude. I think through sport you can change an attitude in that, you can look at something from your perspective and that might be a different or better way of doing something. Sport is good for personal development, for social interaction and people doing sport at university helps to spread sport in the wider community.

Guardian: Any final thoughts before the elections?

Obree: The thought of being a rector is being accessible to young people, which is important. I struggled so much in life that I can then be knowledgeable about people’s struggles and help them. It’s a fact that the more ambitions you have, the more driven you are, the more focused you are on achieving something, in my experience you’re much more likely to become depressed. What makes you strong makes you weak in a different field.