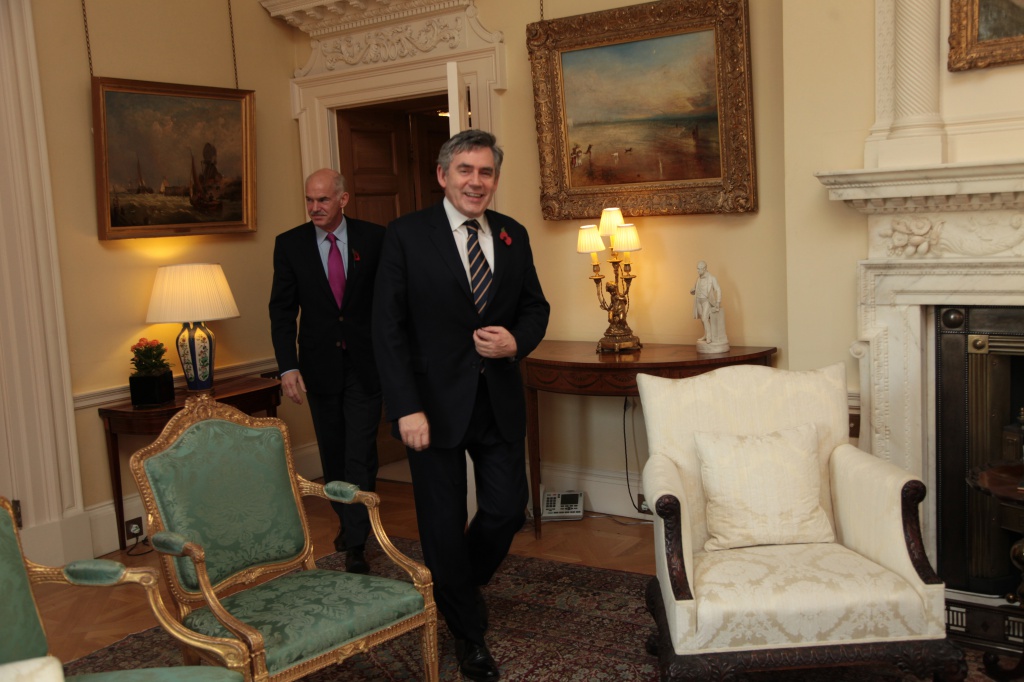 Former Prime Minister, Gordon Brown, will receive an honorary degree of Doctor of the University on Wednesday 29 April.

The former Prime Minister is a graduate of the University of Edinburgh, where he served as Rector from 1972-1975. He currently holds an honorary doctorate from his alma mater and was made a Doctor Honoris Causa by the Edinburgh university in 2003.  Brown is due to give a keynote lecture at the University of Glasgow when he receives the honour.

This follows Alex Salmond, a graduate of St Andrews University, also receiving an honorary doctorate and giving a public lecture in Bute Hall on 21 April.

The Principal and Vice Chancellor of the University of Glasgow, Professor Anton Muscatelli, commented that it was “fitting that both of these major political figures are being honoured in this way and at this University,” given their contribution to politics and the role of Glasgow University as a “crucible for debate”, particularly during the lead up to the Scottish referendum.

Muscatelli stated further: “The decision by Senate to confer the honorary degree of Doctor of the University on Alex Salmond and on Gordon Brown continues the long tradition at Glasgow of recognising major contributions to public life from across the political spectrum.”

However, some students disagree with the decision. Rebecca Bicocchi, a fourth year politics student, spoke to the Glasgow Guardian and noted that it was not right that those with no relationship to the University were being given honorary degrees. She said: “It is wrong that individuals with no ties to or experience of an institution are being granted recognition by it.”

Bicocchi went on to state that it is a politician's job to contribute to society and that, therefore, they haven’t gone “above and beyond their call of duty to improve or make a difference to society. If honorary degrees are to be awarded at all it would be better to recognise the invaluable work done by charities, volunteer workers and the like.”

"The decision by Senate to confer the Honorary Degree of Doctor of the University on both Alex Salmond and Gordon Brown continues the long tradition at Glasgow of recognising major contributions to public life from across the political spectrum. Previous recipients of honorary degrees have included Donald Dewar, Sir Menzies Campbell, Charles Kennedy and George Younger."

All tickets for the Gordon Brown lecture have now been allocated.