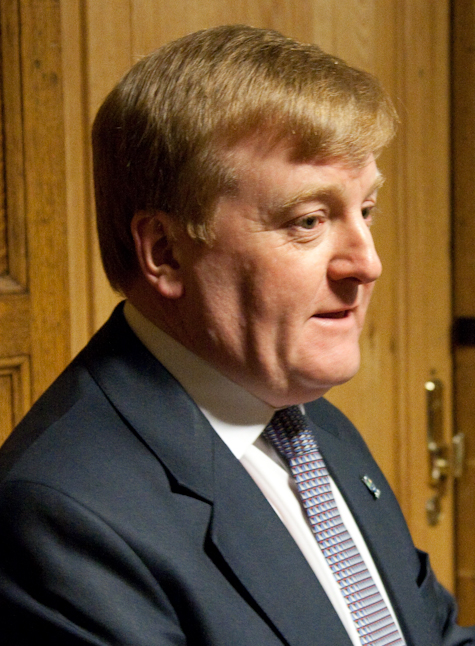 Charles Kennedy, the former rector of Glasgow University and leader of the Liberal Democrat Party, has died suddenly at his home in Fort William aged 55. His family released a statement this morning telling of how devastated they were to lose a "fine man and loving father”. A post-mortem has yet to be carried out but police have confirmed that the circumstances of the death were not suspicious.

In a statement, Mr Kennedy’s family said: "It is with great sadness, and an enormous sense of shock, that we announce the death of Charles Kennedy. We are obviously devastated at the loss. Charles was a fine man, a talented politician, and a loving father to his young son".

A spokesman for Police Scotland said: "Police officers attended an address at Fort William on Monday, June 1 to reports of the sudden death of a 55-year-old man. Police were notified by ambulance service personnel. There are no suspicious circumstances".

Mr Kennedy, who was Rector from 2008 to 2014, was the Member of Parliament for Ross, Skye and Lochaber from 1983 to 2015, when he lost his seat to Ian Blackford in the SNP landslide. He led the Liberal Democrats from 1999 to 2006, leading the party to its best ever election result in 2005, winning 62 Westminster seats. He resigned as party leader after confirming that he was receiving treatment for an alcohol problem.

Kennedy graduated from the University of Glasgow in 1982 with an MA (Hons) in politics and philosophy. He was president of the Glasgow University Union from 1980 to 1981, and won the British Observer Mace for University Debating in 1982.  He was the first president  elected after members voted to allow women to join the Union, on  25th February 1980.

Nick Clegg, one of Kennedy’s successors as party leader , said on Twitter “Charles Kennedy was one of the most gifted politicians of a generation, he always spoke with great humour, humility and courage”. The prime minister David Cameron said “I'm deeply saddened by the death of Charles Kennedy. He was a talented politician who has died too young. My thoughts are with his family”.

Gordon Brown described him as “one of the greatest debaters, orators and communicators who brought humour to politics […]” The first minister Nicola Sturgeon tweeted “Sad beyond words to hear the news about Charlie Kennedy. A lovely man and one of the most talented politicians of his time. Gone too soon".

Charles Kennedy, who was then a candidate for the Social Democratic Party, became the “baby of the House” when he won the Ross, Cromarty and Skye seat in 1983 at the age of 23. After the SDP merged with the Liberal Party in 1988, Mr Kennedy held a number of frontbench posts before succeeding Paddy Ashdown as leader of the Liberal Democrats in 1999. He led his party into two general elections, in which it won 52 seats in 2001 and 62 seats in 2005, making him the party’s most electorally successful leader to date. He and his colleague Sir Menzies Campbell led the parliamentary opposition to the Iraq war in 2003. In the aftermath of the 2010 general election, he was the only member of the parliamentary party to vote against entering a coalition government with the Conservative Party.

In May 2010, he wrote in the Guardian newspaper: “Like many others I was keen to explore the possibilities of a so-called "progressive coalition", despite all the obvious difficulties and drawbacks. It remains a matter of profound disappointment that there was insufficient reciprocal will within the Labour party – and they should not be allowed to pose in opposition purity as a result.”

Although Mr Kennedy was critical of the decision to take Britain to war in Iraq, former prime minister Tony Blair said that “Charles' death is an absolute tragedy. He came into Parliament at the same time as me in 1983. He was throughout his time a lovely, genuine and deeply committed public servant. As Leader of the Liberal Democrats we worked closely together and he was always great company with a lively and inventive mind. I am very saddened indeed by this news.”

"Charles was a prominent GUU Parliamentary Debater and won the Observer Mace in 1982 (now the John Smith Memorial Mace) in addition to helping form the World Universities Debating Competition as we know it today".

In a letter which is to be circulated to staff and students of the University of Glasgow, Principal and Vice-Chancellor Anton Muscatelli wrote: "The sudden death of Charles Kennedy, one of our most distinguished alumni and finest working rectors, leaves the University a poorer and sadder place. [...]

"He was a couple of years ahead of me when I was a student here and I did not know him then, but I remember watching him perform in the GUU Debating Chamber and being impressed by his oratory. At the time I thought he would make a great politician if he chose that route – and indeed he proved to be one of the finest politicians of his generation. [...]

"He made a tremendous contribution to the University community over his six years as rector, representing the students’ views to the University’s management team. [...] The thoughts and prayers of all of us at the University of Glasgow are with Charles' family at this dreadfully sad and tragic time."

Breffni O'Connor told the Glasgow Guardian: "Charles served as Rector of the University of Glasgow for two terms and was a true friend to the students at the University of Glasgow; he worked hard to protect our interests and made sure that the student voice was heard at the highest level within the University. He was a very principled politician and a great activist on our behalf, who spoke passionately about his opinions and this University, whether in the Bute Hall or in the GUU Debating Chamber. His legacy will continue as we remember his commitment to the role and passion for the students here."

Mr Kennedy’s father Ian died earlier this year and his mother Mary died in 2013. He is survived by his older brother Ian, 62, and his 10 year old son Donald. Following news of his death, it was reported that, despite losing his seat in parliament, he had been looking forward to campaigning for a ‘Yes’ vote in the upcoming referendum on Britain’s membership of the European Union.