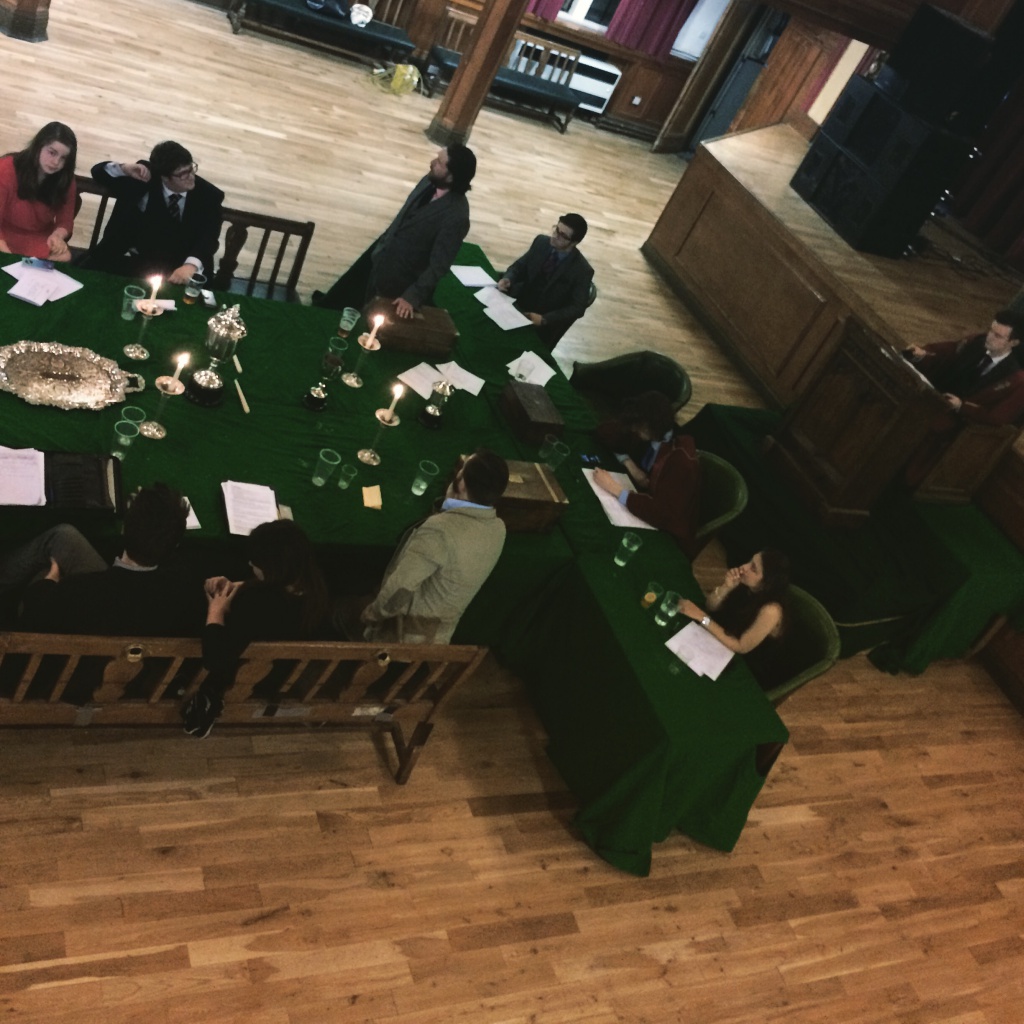 A sizeable majority carried last night’s motion reading ‘This house has no confidence in the Scottish Government’ at the annual Glasgow University Union Freshers Week debate. Debaters for the motion included the Spectator magazine’s Scottish editor Alex Massie, along with current and former GUU debaters. Opponents of the motion featured Natalie McGarry MP of the Scottish National Party as well as columnist for The National newspaper Michael Gray.

One notable highlight of the evening pertained to Natalie McGarry MP refusing to answer a question from the gallery on why the Scottish Government continue to pursue the controversial Higher Educational Governance Bill, citing that she is “a Westminster MP”. McGarry declined to speak on the issue despite the question being posed directly to her, opting instead to pass it along to another debater. The much-criticised bill, if passed, could see significant cuts to university budgets and, it is feared, dilute the independence of Scotland’s ancient universities and risk greater governmental influence. It has been widely critiqued by expert bodies including Universities Scotland and this university’s own Students’ Representative Council.

Exchanges were made over the perceived failings of the SNP’s previous eight years in government, with Massie commenting: “It's always someone else's fault, always Westminster's fault."

Opponents to the motion lampooned the Holyrood opposition parties’ apparent inability to gain support despite these alleged failings, voicing a belief that the SNP government, despite its policy record, has raised morale in the country. Pro-SNP blogger Andrew Tickell stated: "When the SNP first came to power... devolution was in the gutter... national confidence was at rock bottom."

Former Liberal Democrat parliamentary candidate and pro-independence campaigner Graeme Cowie supported the motion, arguing: “Only the Scottish nationalists could have the hubris to consider themselves outsiders after eight years in government."

"We were told they were the alternative to austerity... but they had the power to raise £1 billion and they chose not to. The SNP are not the party of the poor, they are the vanguard of the middle class... They maintain poverty to make a political point."

Natalie McGarry MP suggested: "The powers to tackle poverty need to be linked up with the powers over health and education." Massie interjected her speech, however, posing the question: “You are aware that health and education have been devolved to Holyrood for fifteen years?" to applause from the gallery.

GUU debater Bethany Garry argued that the Scottish Government’s council tax freeze, in place since 2007, was contrary to the “progressive politics” often referenced in SNP speeches.

She said: “"Councillors are best equipped to decide whether their council can afford rises. Council cuts allow the Scottish Government to wash its hands of its frontline service cuts... cuts to childcare, to support for women fleeing abuse."

"[The Scottish Government] has brought social mobility to a standstill... choosing populism at any corner, nationalism above all else.”

Gray dismissed these arguments as negativity, saying: “People who oppose the SNP are obsessed with talking about them and criticising them."

“If you just bring cynicism, you're not going to win over the 50% who voted SNP or 45% who voted for independence. Ruth Davidson, Kezia Dugdale and Willie Rennie are completely bereft of ambition for Scotland.”

Former convenor of debates at the GUU, Paul Baird, criticised the current Scottish Government as illiberal and unsupportive of social mobility, stating: “The constitutional discussion over the past five years has overshadowed the bread and butter of governance… We're told they offer politics of hope over the politics of fear, whatever that means… we're given no real definition... it does not correlate with SNP record."

"[The SNP] brought in stop and search for minors. Beforehand the police had to have a reasonable suspicion... and now in Inverness there are squaddies walking in to McDonalds carrying guns."

“UCAS said that Scotland has the lowest portion of low income background students going to university... England has the highest.”

Angus Millar, national convenor of SNP Students, defended his party’s record in government: "The Scottish Government has prioritised full-time college courses [over part-time courses] to the benefit of young people."

However, he did admit to faults in the administration, though claimed the opposition parties were at least partly to blame: "We simply do not know what the opposition has to say... I cannot see how anyone in their right minds could not have faith in the SNP."

"We proposed to abolish council tax entirely, we were blocked by the unionist parties. There will always be areas where we can improve, areas where we should have done things differently."