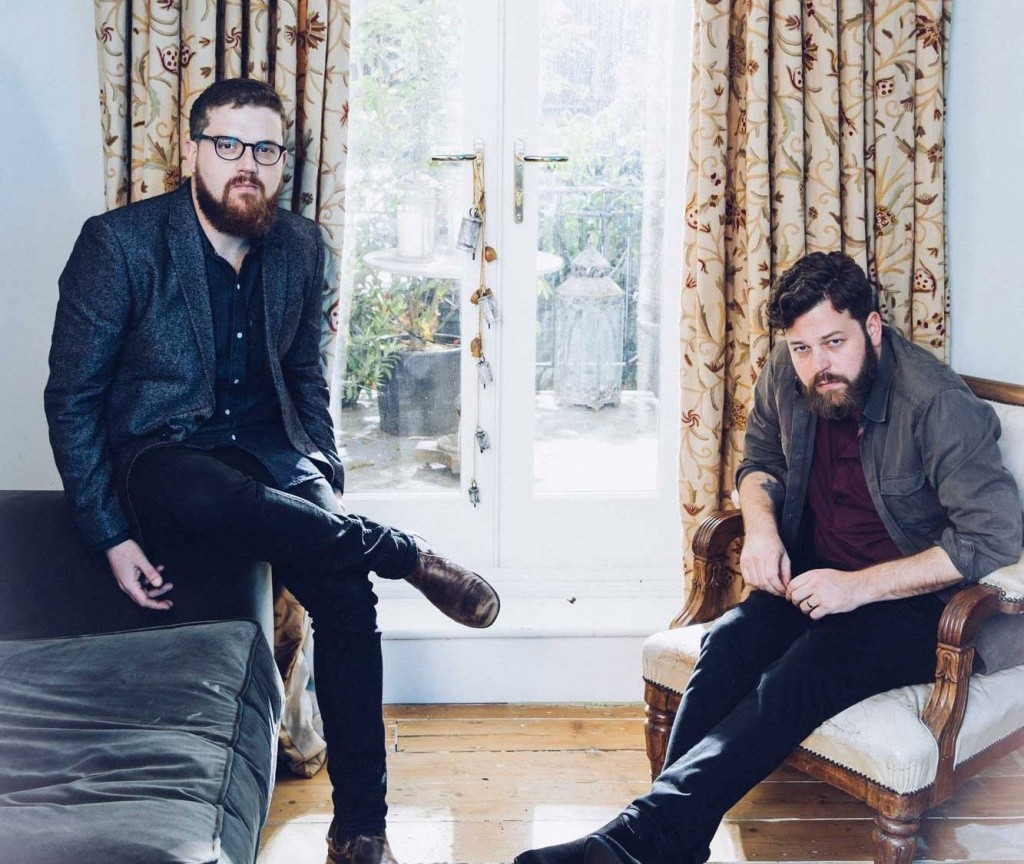 I met with Andrew Davie of London Folk Band, Bear’s Den, recently following the release of their album ‘Red Earth and Pouring Rain’ and just before their sold-out show in Glasgow’s O2 ABC on Thursday 3rd November.

For people that do not know you very well, why are you called Bear’s Den giving that you are from London?

Bit of a weird one, the decision was very subconscious, but I believe it was from our love for the ‘Where the Wild Things Are’ book and the idea it suggests, where you can escape to your own imagination. I also had family living near Bearsden so often visited the neighbouring areas.

You have been touring rapidly these last few months. You’ve been in Sweden, Germany, the Netherlands, Belgium, the list goes on; what has the response been towards the music from your most recent album?

Amazing and quite overwhelming; we just finished an American tour that lasted a month which was incredible. A few days ago we played in Gothenburg which we have never been to, with around 700 people watching us which was also crazy, and considering we have never even been there, the response was nuts.

Have you played in Glasgow before?

Yes, quite a few times.

So, you have a sold-out show in Glasgow, what do you love about playing in Glasgow/are you most excited about to play here?

Both of my parents are from Glasgow, in fact everyone in my family was born in and around Glasgow, I was the first one in London. I spent so much time there, so when we play in Glasgow it is like coming home, in a strange way.

I was watching an interview you made in June, and you said despite all the amazing qualities of touring, there are often tough moments. Do you find that the more experienced you become and the larger fan-base you seem to be gathering, it has become easier?

It will always be difficult being away from family, but I’m not complaining about touring as it is so much fun; you get to see all the world, but you inevitably miss moments in people’s lives. As you grow it does get easier, we used to drive around in a Vauxhall Zafira! Shows get bigger, which does add more pressure, but we enjoy playing music live and it is all worth it.

So, as you reign from West London, what was it, if anything, about that area and the demographic that influenced your music?

Not sure really, there was always lots places playing music in London, I met Marcus [Munford] out of school, and we often organised nights at a bar in Fulham. London has a huge community of songwriters back then, and I think we all learned how to write songs from each other.

Have there been any significant artists that have influenced your sound?

There have been so many different people over the years, mainly song writers, beginning with Bob Dylan, then to Neil Young which then evolved into more contemporary artists.

Being an English Student I am very fond of lyrics. Yours seem to be very lyrical and are heavily influenced from literature. In past interviews, you have mentioned Wordsworth, Red Earth and Pouring Rain is from an Indian poem, do lyrics that hold a meaning and ones that are quite literary mean a lot to you as a writer?

Yeah of course, I always loved good songwriters who wrote songs that meant something. I have no set influences as such; it could be books, films or something said. It’s normally a mesh of influences, and I take care in not throwing away lines.

Places also seem to be an influence, such as Agape being from your experience in Greece and the Indian poem being from when you were in India, why are locations a big influence on your lyrics?

Yeah, normally it’s from certain moments. I sometimes name songs after the place where I had the moment, and when I wanted to write something.

For many of us we have noticed a slight evolution in the sound of the band to quite a vintage, synthy sound; was this intentional or was the change very organic and natural?

It’s been pretty organic. Our songwriting hasn’t changed. In this album (Red Earth and Pouring Rain) we took the idea of driving through the night, a very nostalgic and abstract thing, and we were looking for that sort of atmosphere, and we asked ourselves if this sound of synths and drums created that mood.

Considering you were only formed in 2012 and 4 years later you are on a headline tour around Europe with numerous sold out shows, do you feel the emergence into the music industry was quite sudden?

So, what has been the highlight of being in Bear’s Den for you so far?

There are so many! I think the 1st tour that we did with Ben Howard, The Staves and Nathanial Rateliff 4 years ago. That was a big moment, and the most fun tour we have had, especially as the venues were tiny, it was amazing.

With such a busy summer and last few months, what’s next for Bear’s Den?

Lots of touring, another UK and Europe tour next year, not sure when yet, we are trying to figure it out, then a busy summer and a final bit of touring.

Bear’s Den’s most recent album ‘Red Earth and Pouring Rain’ is on sale now. For all updates regarding Bear’s Den, check out http://www.bearsdenmusic.co.uk/.