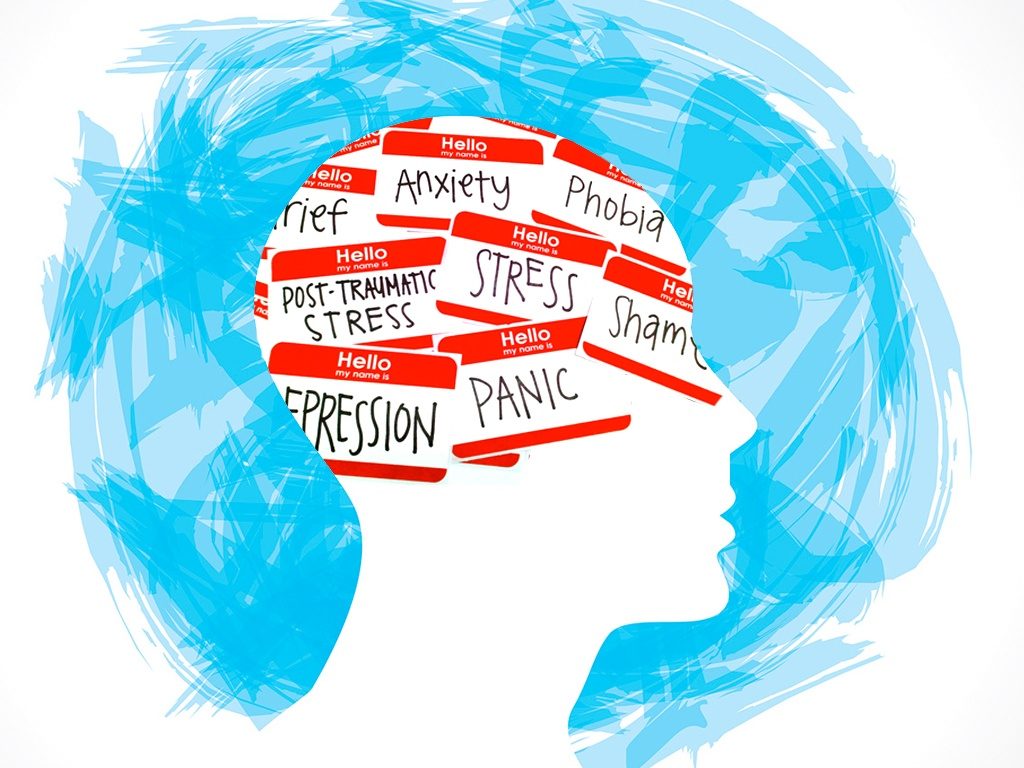 "If I hadn’t managed to open up and ask for help, both with my family, and then with their encouragement, to my doctor, then there’s a good chance I wouldn’t be here stumbling over how to write this article."

When the devastating news was announced of the death of Scott Hutchison, the Frightened Rabbit vocalist and songwriter became the latest widely reported case of a male dying from suicide, following the deaths of Avicii, Chester Bennington and Chris Cornell in the last twelve months alone. The disappearance and death of the thirty-six-year-old Scottish musician, who had openly spoken about his struggles with mental health, and whose lyrics had candidly explored depression, low self-esteem and anxiety, provoked outpourings of grief and messages of support across social media, with thousands of people praising his kindness and empathy and stressing how much support they had drawn from Scott’s lyrics while involved in their own mental health struggles. Yet, in the wake of this tragic death, as people seek to challenge the stigma around discussing mental health and encourage those struggling to reach out for support, the question remains; why are so many young and middle-aged men continuing to take their own lives?

As the British Government spends billions on counter-terrorism and defence, ostensibly in efforts to protect the populace, suicide remains the biggest killer of men under 45 in the UK. While the reasons behind individual suicides are unique and making generalisations can be problematic, it does appear that there are significant socio-economic factors. A 2015 Samaritans report found that men from the lowest social class living in deprived areas were more than ten times more likely to end their lives. The imposition of austerity policies has decimated public services, massively slashing health funding, including already underfunded mental health services, and had led to rising debt, widespread unemployment and substantial increases in poverty levels. This has produced overwhelming feelings of disempowerment, vulnerability and alienation, eroding potential forms of social and economic support and encouraging feelings of pressure and worthlessness among those in precarious positions in society. Additionally, the spread of zero-hour contracts and low wage jobs without sick pay and adequate breaks has also been linked to an increase in mental health issues, with the Mental Health Foundation Scotland explicitly linking low pay and precarious work to mental health problems and increased suicide risk.

Focusing specifically on university students, suicide rates have increased substantially over the last decade, overtaking the suicide rate of young people in the general population. Again, there are a number of complex reasons behind this, but it seems likely the uncertainty of trying to secure a graduate job combined with the pressure of intense assessment, the rising levels of debt tied to rent and fee increases and underfunded mental health services have played a significant role

When it comes to talking about masculinity, mental health and suicide, it’s important that we reject any attempt to frame male mental health issues around a misogynistic narrative attacking feminism. Although male suicides accounted for over 75% of suicides in the United Kingdom in 2015 and 2016, and male students are over 2.5 times as likely to die from suicide, women remain more likely than men to attempt suicide and women are also disproportionately affected by welfare cuts and austerity policy. But why, then, are so many more men taking their own lives?

It seems clear that the answer, in part, lies in the continuing existence of patriarchal gender norms and damaging internalised gender roles. Traditional models of masculinity portray men as the protector and provider of a patriarchal family structure, equating self-worth and value with economic respectability. In the social and cultural model of the breadwinner, which differentiates between paid employment and unpaid domestic labour, the self esteem of the male is firmly tied to their job status and earnings. While gender roles have fortunately been challenged and opposed throughout the world by feminist movements, patriarchal values still remain deeply embedded in our society, with studies suggesting that many men still believe their worth as potential romantic or sexual partners is tied to their income and financial stability. Throw in an economic collapse and the effects of years of austerity politics and we can begin to see why many men who have internalised these gender norms predicated upon self-reliance and dominance would be experiencing fears of a loss of pride and status that have fuelled mental health issues.

Attempting to talk about mental health is often incredibly daunting, as I’ve found from both my own experiences and those of many people I know, but fortunately the stigma around talking about mental illness, especially anxiety and depression, is gradually diminishing. Yet when it comes to talking about suicide there still remains a massive stigma attached to discussing suicidal feelings and trying to get support. Suicide is still commonly labelled as a “cowardly” or “selfish” act, with people talking about their own attempts or experiences of suicidal ideation are still frequently denounced as “attention seekers”. Prior to the 1961 Suicide Act, suicide was illegal throughout England and Wales, although not under Scot’s Law, and a failed attempt could result in prosecution and imprisonment, while the widely held Christian position was that suicide was a sin and those who took their own lives were not permitted to be buried in consecrated ground. While undoubtedly much progress has been made since the middle of the 20th century, trying to find the courage, and even the appropriate words, to discuss experiencing suicidal ideation still remains an incredibly daunting task, fraught with fears over both how the disclosure will be immediately perceived and the potential long-term consequences of opening up.

For me, even the idea of talking about feeling suicidal provoked immediate feelings of guilt and shame, making my mental health struggles feel even more pronounced, heightening the belief in my own head that I was weak, broken and worthless and making me even more inclined to isolate myself from others and avoid reaching out for support. Already feeling like a massive burden, my depressed mind was telling me to avoid bothering others and trying to convince me that it was already far too late to try and deal with my problems. When I finally did manage to tell my family that I was suicidal and needed help managing my mental health, I almost immediately regretted my decision as I saw how distressed, anxious and upset hearing what I was going through made them feel. Nevertheless, while I desperately wish we could arrive at a situation where people felt entirely comfortable talking about struggling with suicidal thoughts, and those listening knew immediately how to support them, the truth is that if I hadn’t managed to open up and ask for help, both with my family, and then with their encouragement, to my doctor, then there’s a good chance I wouldn’t be here stumbling over how to write this article.

Of course, I’m sure these experiences are common regardless of someone’s gender, but it does seem likely that masculinity isolates men when they are struggling. Statistics suggest that men are far less likely to disclose their mental health problems to friends and family, far less likely to seek help in the form of medication or counselling, and reveal that a large number of those who die from suicide have never been diagnosed with a mental health problem. There is still a widespread culture of suffering in silence, with far too many men feeling too ashamed to admit they’re struggling or unable to articulate their experience of mental health problems. Traditional masculine norms, still firmly reflected within atmospheres of toxic masculinity and lad culture, but also still present within dominant cultural depictions of masculinity, especially in the mainstream media, encourage males to severely limit their emotional ranges, primarily to expressions of pride and anger, and to avoid any displays of emotion that could constitute vulnerability or weakness. Growing up in an environment in which misogyny, homophobia and shaming people on account of a lack, or absence, of sexual experience are rife, where public displays of emotion, such as crying, are still associated with weakness, and often still, effeminacy and accusations of being gay, it’s hardly surprising that young males often continue to self-police and repress their emotions and remain reluctant to articulate their feelings. Despite clear progress in contemporary representations of masculinity, if males are still encouraged to believe that showing their emotions is a sign of vulnerability and weakness then it’s understandable why so many men are too embarrassed or ashamed to admit to themselves and others that they require help for a mental health problem. Tragically, this frequently leads to alienation and isolation, often resulting in substance abuse issues and death from suicide.

Rather than waiting for struggling males to reach out and admit they need support, we all need to be more proactive at checking in on those around us and communicating about mental health with those around us. While we must keep calling for widespread and readily accessible mental health facilities, it’s vital too that we continue to challenge harmful masculine norms and internalised forms of toxic masculinity that are fuelling the silent crisis of male mental health.