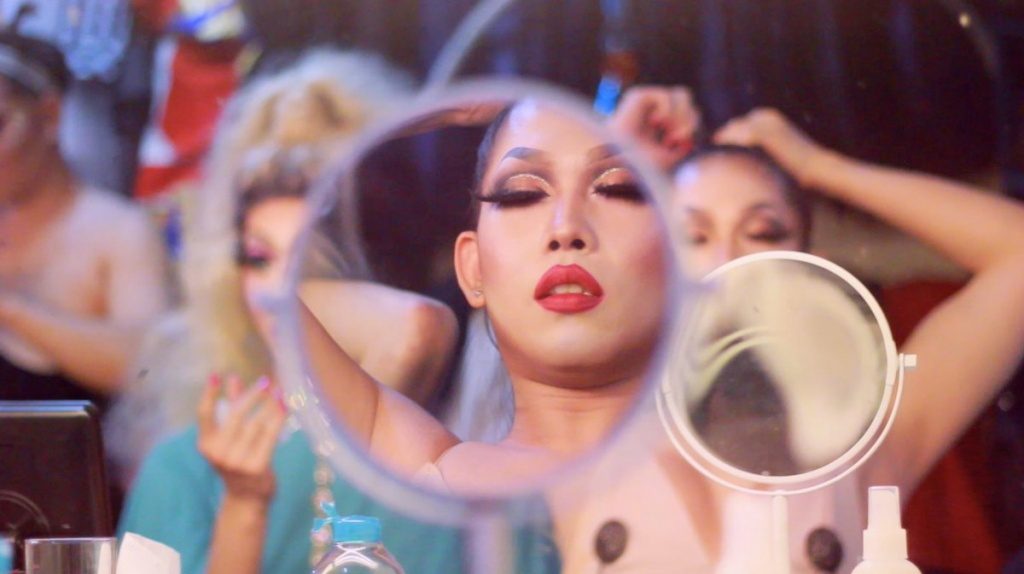 SQIFF comes at the end of the long list of cultural festivals organised in the city between September and December. The 2018 edition was a packed programme full of dilemmas, discoveries and delight. In fact, two of us (Film and TV Editor Manon Haag and writer Louis Ratzel) went along to review the festival and we had so much to say that it took us this long to share with you, dear GG readers!

SQIFF aims for inclusiveness, visibility and reclaiming the queer where it’s been hidden, going back in time (with their Documenting Queer History section) and travelling around the globe. Amidst a very international selection, this year included focuses on Arab and East-Asian cinemas which brushed fascinating portraits, although in very broad strokes. The "East Asia Focus" took us from Japan to Taiwan and from Korea to Shanghai with contrasting tales of LGBTQ+ experiences. Simple and sweet Until Rainbow Dawn focused on the budding relationship between Hana Takahashi and Ayumi Hoshino, retracing the well-known yet crucial steps in the journey for acceptance. Though these stories may be familiar to many viewers, they hit Hana and Ayumi with full impact. There is a strong contrast with the more boastful Extravaganza and The Story of the Stone. The former is a documentary about Shanghai’s drag community featuring flamboyant yet touching artists; the latter is a neon-lit daring queering of a Chinese literary classic featuring graphic sex, drugs and a tight-knit gay community struck by tragedy. Yet, all three films are a subtle and hopeful appeal to solidarity. Korea’s addition to the programme A Girl at My Door takes a different route. Here solidarity is the demise of lead character Lee Young-Nam who takes in a teenage girl abused by her family. Quickly, Young-nam comes to face suspicion about her sexuality in this delicate small town police drama.

The Arab focus featured a showcase of 3 short films "SQIFF Shorts: Queer Arab Lives" including single-shot Three Centimeters set on a Ferris Wheel ride. Lara Zeidan’s cinematography and brilliantly chosen location conjure the sense of claustrophobia and imminent collusion before Manal comes out to her girlfriends as gay. The camera, confined with the four girls in the cabin, swerves back and forth over their faces, hastening after their rapid dialogue and whispers. Run(a)way Arab interweaves Nazeem’s preparation for a drag show at 26 and his relationship with his mother and experimentation with her makeup and fur at eight. While she amusedly requests his advice on her outfits, she vehemently rubs off the lipstick she finds on her son’s lips. It is a sad scene, unfortunate for both, where social codes kill a dynamic that could have been special. Cinema Fouad’s 41 mesmerising minutes are spent indoors in Beirut with Khaled El Kurdi, a Syrian trans woman, telling the story of her life. The particulars of her biography are surely remarkable: leaving home at a young age to perform as a woman belly dancer in a casino; a customer, a Palestinian freedom fighter, requesting her at his table and her coming-out to him as trans; her joining the resistance; their missions and wounds together. Yet, it is not really her story, but Khaled herself, her gestures and the way she smokes a cigarette, the twinship of her unforgiving reserve and susceptible yearning, that sustain the documentary’s thrall.

Maybe it is inevitable that a film festival choosing to represent the underrepresented will many times tell of loneliness. The burn survivor in the The Things You Think I’m Thinking, the "queer cripple" in Picture This, the Nigerian refugee in Being Okey, the Syrian transgender migrant in Cinema Fouad – in my head they all float in some unreal space. They are passed-by by the world, left behind, stranded in some sort of timelessness. In this context, the "Documenting Queer History" strand is reclaiming a place in history for LGBTQ+ representation. Documentary cult Nitrate Kisses by Barbara Hammer and electrifying Shakedown about the famous LA underground lesbian club both used the archive to retrieve parts of the erased history of lesbians in the 1990s. Meanwhile, Wild Nights With Emily confronts conformist heritage film aesthetics by queering the life of American poet Emily Dickinson and hilariously playing around with the worn clichés of the period piece.

Not all of the films screened at SQIFF, however, had a clear connection to what is commonly understood as "queer". In some, it is not clear who or if anyone is queer and in others, the queerness of the characters is as insignificant as any other identity (which is, of course, an achievement in a sense!). Then again, "queerness" has always been a broad term: what is common to me, a gay man, and, say, a butch woman? There is thus little surprise in finding in SQIFF a little something for everyone. Or rather I should say, a lot of somethings. This (already long) review accounts for a third of what we both got to see at SQIFF 2018, which in itself, is only a small part of what was on offer. With very affordable prices and accessible venues, there is no denying that SQIFF caters for everyone, no matter your taste in films or your position towards queerness.

For the full SQIFF programme and details of the films mentioned in the review, head to http://www.sqiff.org/. Many of the films shown in the programme are available online.