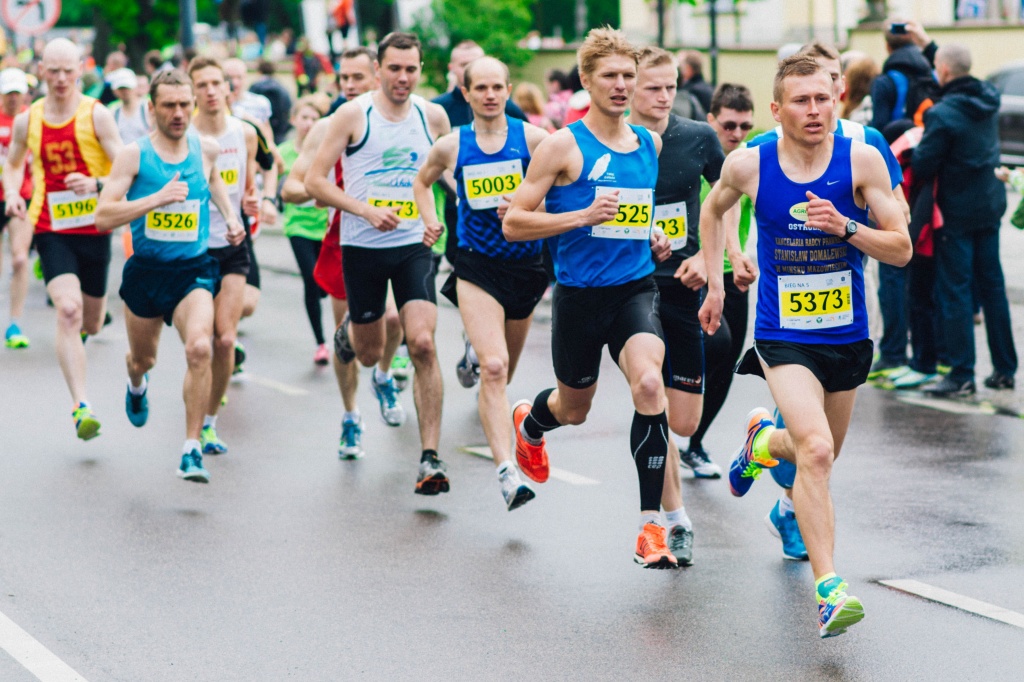 Rory Clark reports from Garscube and the annual GU 5-miler

The Garscube Sports Complex played host to near-enough 200 runners this Saturday past as the Glasgow University Hares & Hounds hosted their annual 5-mile road race. An undulating course proved to be trickier than first glance gave credit and given the oft-blustery conditions on the day, it proved to be a tough test for even the uppermost runners on the course - of which there were actually plenty.

Unlike most amateur events or specifically university-orientated races, the Glasgow Uni 5-miler is a sort of best of both worlds. While there were racers from the host club of Glasgow kicking about, they had their rivals from Caledonian, Edinburgh and Dundee universities to contend with. That would be forgetting, however, the Harriers of Maryhill, Garscube and Shettleston and the outer reaches of ACs like Kilbarchan, Dumbarton and Helensburgh that tagged along to crash the BUCS party.

The start gun was due to go off at 11 am sharp. What looked to be a mediocre turnout at the gym entrance belied the actual numbers at the start line outside the Veterinary school. Any notion of easing the racers into it was firmly put to an end immediately after they had crossed the start line. "Vet hill" has a reputation of catching people out. It looks to be a small incline and at first, it is. However, the blind right-hander gives way to a steep rise to greet you on your way. There’s a brief pause on Ilay Road but turn past the valet and onto Temple Road and runners were straight back onto false flat. If nothing else, this made for entertaining racing. The lack of flat ground meant there was little time to pull away from competitors and it kept the frontrunners pretty bunched up.

It’s not until the downhill of Dalsholm that people are allowed to fly. There’s a little gully in the park area of this part of the race, but apart from that, the recycling centre here signals the start of a furious second half of the lap. Lap? Yes, lap. This was a 2 lap race, which meant conquering the landmarks twice. "Vet hill" was particularly bad. The second ascent comes just before the three-mile marker. Your head is still in the mode that there’s more than half this race remaining and the psychological blow is hard enough, never mind the lactic acid that is screaming for attention in the thighs.

Hares & Hounds showed that they weren’t as sadistic as they appeared to be though. The small portion of Maryhill Road that the runners took in was mostly downhill and the finish line was in sight just over the road from the rugby pitches. The crowd came in thick and fast after winner Maati Junkke crossed the line in 26.41. That is no mean feat on this course, particularly on this day. It meant that Glasgow had a winner on home turf, winning by a scant 9 seconds over Peter Moffett of the Falkirk Victoria Harriers. Fastest female on the day was Elspeth Curran of Kilbarchan AAC, finishing in a fantastic 27.35. It was a day dominated by black and yellow of some variety then, be it that of GU H&H or indeed the Hawkins brothers’ farm of Kilbarchan.

In terms of field strength, I think this was the highest quality race I have ever run in. Given the massive mix of competitors, it made for some quite fantastic racing and credit must be given to the Hares & Hounds who proved once more that in their own backyard, they were King of the Hill when it came to students. The whole thing had a wonderfully amateur feel to it. A few spectators, a few marshals and runners decked out in slips that made up a rainbow of colours, all ended with a cuppa and a biscuit back inside in the warmth of Garscube.