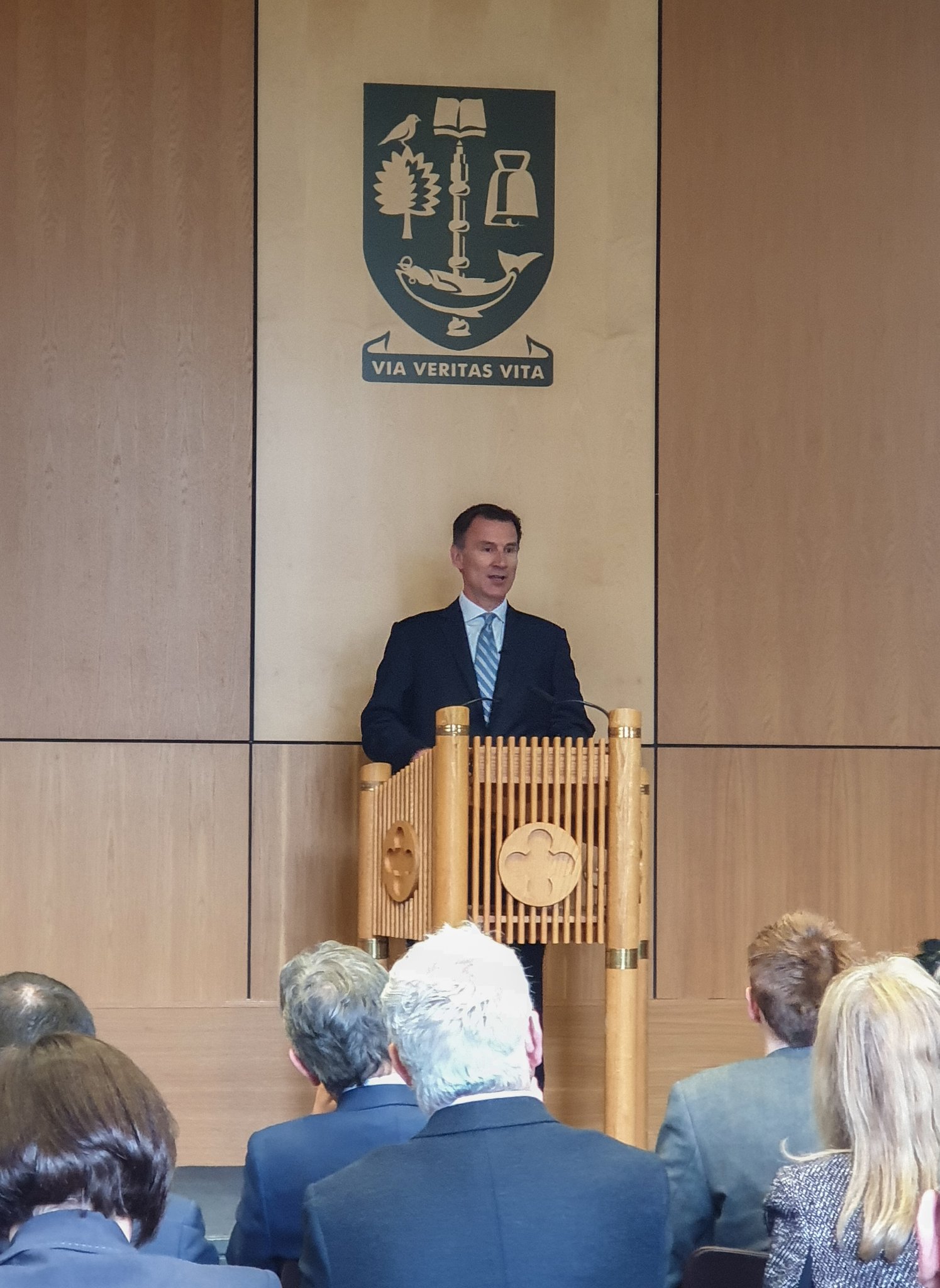 Jeremy Hunt could not placate the fears of Glasgow University staff and students about the danger posed by Brexit to UK universities, in a talk at the University today.

Anselm Heinrich, the dean of internationalisation for the College of Arts told the foreign secretary that Glasgow University is “losing out” over the lack of planning for the status of the post-study work visa in Brexit negotiations.

Hunt could not give any guarantees on the status of the post-study work visa after Brexit and did not specify whether the government would work to extend the agreed three-year study visa to allow students to complete Scottish degree programmes.

Adam Tomkins, professor of law at the University and a Conservative MSP for Glasgow, asked if Hunt could commit to the extension of the agreed three-year study visa for international students, noting the risk this could pose to Scotland’s economy if international students could not complete four-year Scottish degrees. Hunt did not commit to any extension but said that talks between Westminster and the Scottish government are ongoing.

Hunt, speaking in the University of Glasgow Senate Room, had come to the University to talk about the risks hacking and cyber-terrorism pose to Britain.

He said: “The Russian state has tried to disrupt democracy,” and criticised Alex Salmond for hosting a chat show on RT, a television network funded by the Russian government.

Asked about the risk posed by Salmond’s connection to the Russian state funded RT, Hunt agreed that the real risk was to the SNP’s credibility. Hunt said that the SNP “run the same risk as Jeremy Corbyn runs with the Labour party”, claiming that “the SNP does not understand the difference between good and evil” and that “Corbyn will support anyone who shares his anti-Western world view”. Hunt also told the audience that Theresa May’s answer to a request for a second referendum “will, of course, be no.”

Hunt also announced that the Foreign Office will be creating eight cyber attachés in addition to the 50 already in operation. The Foreign Office were not able to confirm their location, but told The Glasgow Guardian: “[The cyber attachés] will work with countries on our cyber deterrence engagement – sharing information on threats, attribution policies and response activity against hostile state actors – building an international coalition.”