News
In the director’s chair 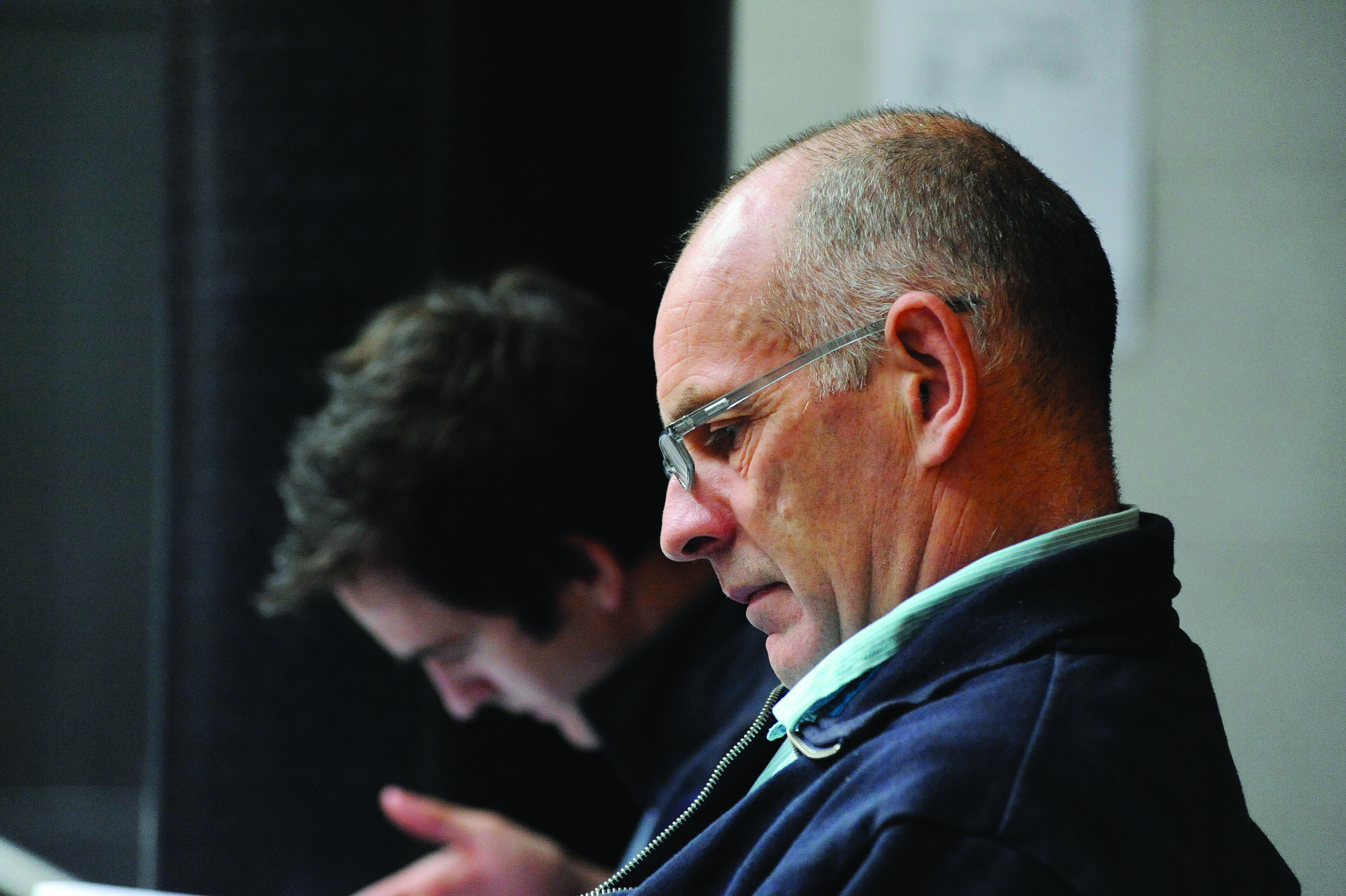 I often ask interview subjects what inspires them, and the answer almost without fail falls into one of three categories. It will either be impossibly polished and intelligent-sounding, with hints of the carefully honed public persona about it, or it will be prefaced by an agonising pause — a sure sign of the artist craving an air of genius — or it will be slightly ordinary, and honest-sounding. I’m not really sure why I still ask it, I guess, other than because it’s a better icebreaker than, ‘How was your breakfast?’

Andy Arnold does not have anything of the PR-minded cynic about him, and our discussion is not punctuated with tortured silences. He sounds comfortable with everything he says: sure of himself, sure of the work he is doing, and sure of the answers he gives. Not complacent ever, but certain. Arnold is the Director of Tron Theatre, a position he took up just over a year ago, and before that he held the same job at The Arches. He has been a constant fixture of the Glasgow theatre scene for years now — so prolific that his name has become almost synonymous with a certain kind of intelligent, drama-rich, work here. When I mention how many things, directed by him, that I have seen and enjoyed since moving here, he bats away the compliment with the air of a man who is thoroughly used to receiving praise but not reliant upon it in the slightest.

So, what inspires him?

“To be honest, it’s the play itself, and that doesn’t happen until you read it. And that’s the great thing about working with contemporary pieces. It used to be, sometimes at The Arches, I’d think, after sixty bloody shows from the 1960s or whatever; I’ve done them all now! But you keep unearthing things.”

Arnold constantly peppers his sentences with phrases like ‘To be honest’ and ‘I’m a great believer’. When he is talking about his work, the accumulative effect of so many quirks of speech is almost self-deprecating: it is as if reflection on the sum of his career is worth little more thought than the construction of a sentence. When I ask whether he recognises any recurring sets of themes across his choice of productions at the Tron, his answer also betrays a habit for constant re-evaluation.

“I’d like to say I did, but to be honest, the reality is… There are certain things that draw me to plays, which often do have common themes, I suppose, like real family situations and real people on stage. Elements that draw an audience into a narrative, when you don’t really know where it’s going — that’s always the best theatre for me.”

Clearly, Arnold sees himself primarily as a storyteller. His chief concern is with a play’s ability — and, laterally, his own — to convey enough drama and interest through narrative to keep people interested in a story and in theatre.

“The first play I staged here, The Drawer Boy, I’d never even heard of before, but it was a great play. And to suddenly be able to put that in front of a Glasgow audience, there’s a great thrill in that; a play people haven’t seen before, but you know they’re going to enjoy it as long as you do justice to the piece. That’s what it’s all about, the audience getting drawn into a story and not knowing where it’s going. And that never stops; I’ve never lost my hunger for that.”

The next play that Arnold will be staging is Polly Stenhams’s That Face, which caused a sensation when it premiered in London not only for its incredible portrayal of a middle-class family in the midst of a narcotics-fuelled meltdown, but also because its playwright had penned the script at the tender age of nineteen, making Stenham one of the youngest ever dramatists to have a debut in the West End. So, what attracted Arnold to That Face?

“I’d heard about it, and I’d not seen it while it was down in London, but I got hold of the script and just thought it was very powerful. I’m drawn to these disintegrating, dysfunctional families. And there are a couple of great dramatic scenes in it. It’s quite an old fashioned piece — very story-driven — and I just like the feel of it. And it’s only been on in London, and I just thought it would work as a Glasgow piece. I liked the idea of moving it here.”

I am curious, though, as to whether he felt any different sort of responsibility to the play, given Stenham’s age. Did he treat the writing with a greater delicacy than normal?

“You wouldn’t know, reading the script, that it was written by someone so young. The older characters — the mum and dad — I don’t know how autobiographical they are or whatever, but she’s absolutely nailed them. And she’s got an insight into the younger characters than an older writer wouldn’t have. She’s obviously an old head on young shoulders, so it wasn’t an issue for me.”

And how does he think moving the play to Glasgow has affected its dynamic?

“This is a very different cast, there’s no doubt about that. Very strong, and very Scottish. I’m very intrigued what people will make of it,” Arnold answers, before hastening to add that the decision to transpose the action to his native city is not a cavalier one.

“It’s the same play, but we’ll make it feel as if it belongs here. That’s always a nice challenge. Sometimes you don’t do that — if you’re doing a David Mamet play, you leave it in Chicago…”

It’s clear that Arnold considers the context of a play’s time and place; still, he doesn’t shy away from producing works of more avant-garde or conceptual tone, and the ability to do so, he credits to the intelligence of his audience.

“You can do work here that you can’t do in a lot of other places. I often look at the repertoire of theatres in other cities, provincial cities, in England or wherever, and it seems so mundane. I think we can push things a lot more.”

So, given the theatrical variety that Glasgow affords, which of the works Tron has showcased is Arnold most proud of?

“I’ve enjoyed them, actually. I particularly enjoyed The Drawer Boy, because it was the first one of my tenure here. It’s been a learning process — you learn how a theatre space works with some pieces more than others. And they’ve all been very different, so I’ve been finding out what the audience is like. The the last couple of pieces, there was Cooking with Elvis, which was very much a populist piece, and packed out in the audience, and then before that, Bliss + Mud, which were both more off the wall, and appealed to a more theatre-going audience. I’m a great believer in mixing about a naturalistic piece and then a more stylised, visual one.”

The last question I ask Arnold concerns what plans has for the future, and his answer is indicative of many things: his pragmatic approach to his job; the obvious, manifest love he has for the city; and the responsibilities he feels not only towards the Tron, but also to the drama which unfolds on it’s several stages.

“I’m a great believer in this city. Glasgow has a tremendous theatre-going audience, and I think it’s better than anywhere else, to be honest. It’s great having that, because the reward is, if you put on great theatre here you’ll get a good response. But my main concern is to continue to have a high volume of productions, so the building has a buzz about it all year round.”