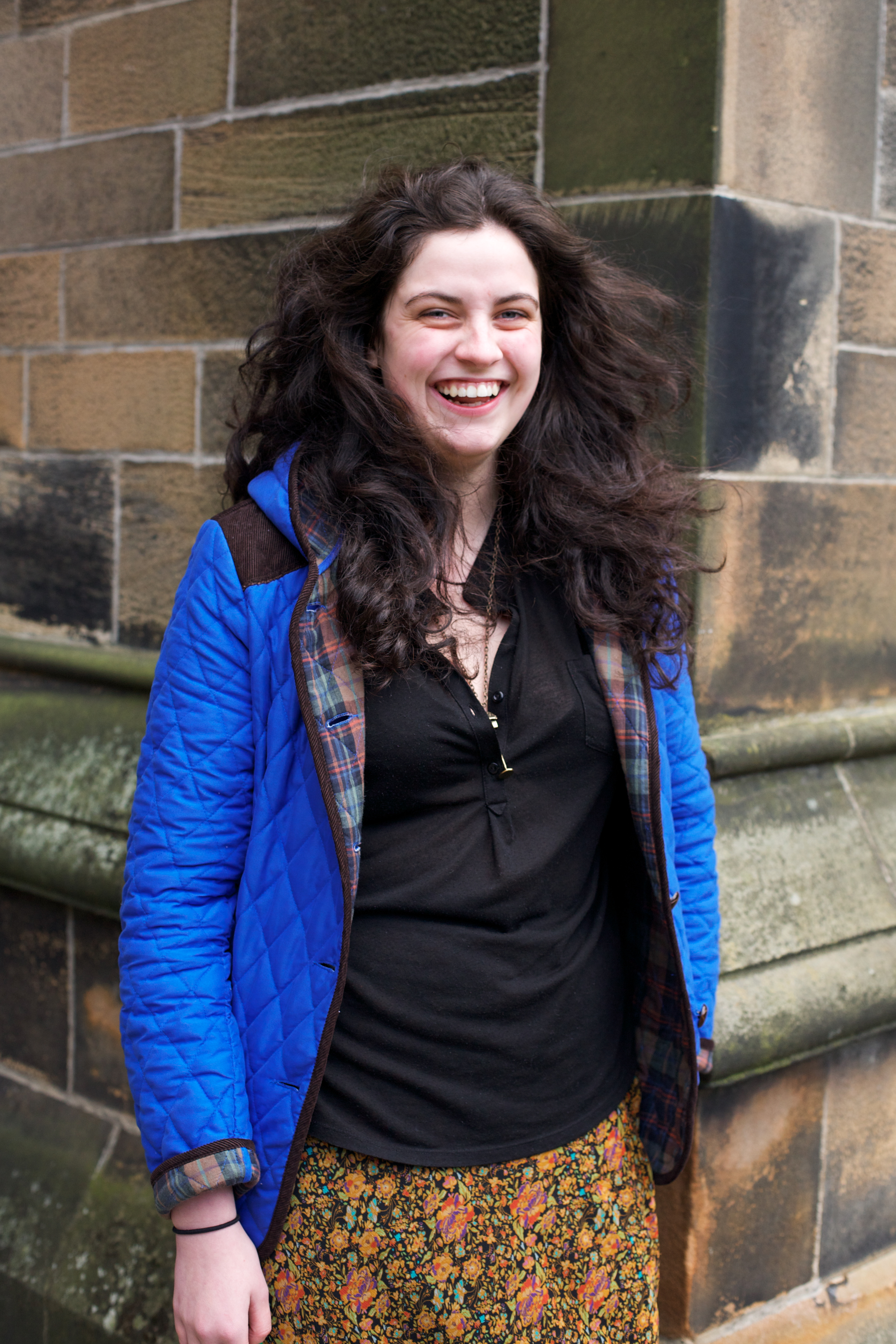 Standing as part of the “Our Glasgow” slate, Cowie has an inbuilt base of support. However her relatively low campus profile and the slate itself could work against her. Main manifesto talking points are about transparency and accountabilty on the university Senate and the commercialization of Freshers’ Week.

Cowie: My big concern is democratic accountability & transparency in the SRC and the university at large. In the larger decision-making process of our institution, I believe there has been a deliberate attempt to push not just students but academic staff out of discussions. We saw that clearly when management attempted to push through cuts and course closures last year.

With regards to the SRC itself student apathy is obviously a problem. For many students the only engagement they’ll have with Council members will be attempting to dodge out of their way on library hill for two days of the year. This problem has been raised during every election I’ve witnessed here, and no one seems to have found a solution yet. I would argue that a radical change to the structure of the SRC, as well as the activity it engages in, will engage with students on new levels, at the same time as offering them something worth engaging in. The problem of student apathy isn’t what makes the SRC undemocratic, but a symptom of a lack of democracy and transparency.

Guardian: You’re running as part of the “Our Glasgow” slate. Do you think the factionalization of an organization which has the representation of all students at its heart is really a good idea?

Cowie: I don’t see it necessarily as a factionalization of the SRC, at least no more so than already takes place. Alliances obviously already exist on Council. We would rather be open about ours from the outset. We’re openly running as a slate because as a group of people we share an understanding of the problems with the SRC; a lack of democracy, accountability, and transparency of process. With this being said, there are many more candidates that have highlighted these as key issues. Where the OurGlasgow campaign goes further than other candidates is the conclusion we draw from this understanding. We have pooled our brainpower in order to come up with the concrete policies we are now offering in our manifestos. I think it is the strength of these policies that are forcing others to resort to an anti-slate argument. Furthermore, I do not believe that any member of the slate would have difficulty working with others upon their would-be election.

Guardian: Freshers’ Week commercialisation is another theme in your manifesto but the SRC has long claimed that it is this sponsorship which allow them to fund other SRC services like the Advice Centre. Is that not a price worth paying?

Cowie: The SRC Advice Centre is indeed a very worthy service, and one I know has greatly helped myself and friends. However, commercialisation is something students are having to fight at every level of their education. With privatisation posing such a threat, we have a duty to defend the services and societies on offer at Glasgow and I don’t believe we can do this without promoting these opportunities as hard as we can, and as often as we can. Freshers’ Week will be the first thing I have to organise should I be elected. Not only will it be my first shot at the job, it will be the first experience a whole new group of students has of our institution. To have a focus on external promoters is to do a disservice to that institution.

With a limited profile, this would be a tough race for Cowie to win. But with a field without a clear leader there is everything to play for.