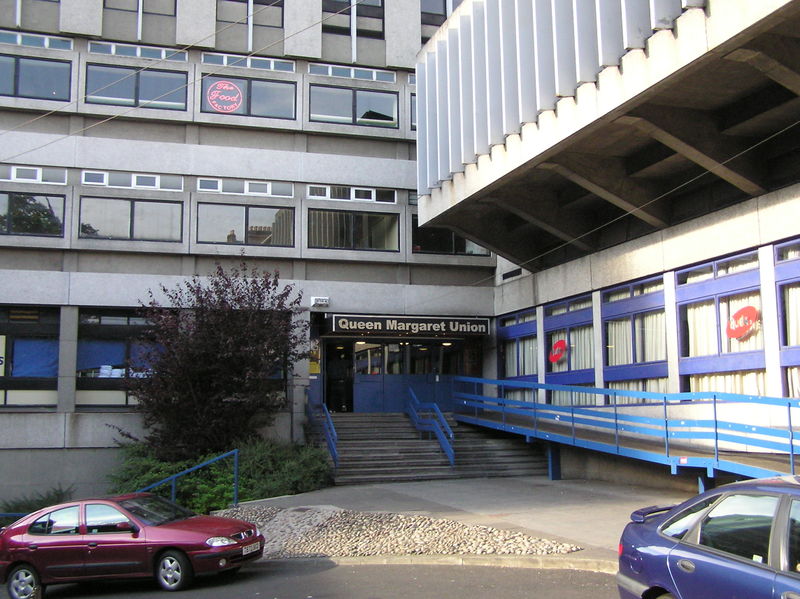 The Glasgow Guardian sits down with QMU board members to discuss their future statement supporting arms divestment.

The Glasgow Guardian: Can you explain the statements the QMU has made on arms divestment previously and why this is an important issue of concern for student unions?

Ruaraidh Campbell: Thus far, previously in the summer we released a statement, around the time of the Senate vote. At that time we released a statement urging them to support [arms divestment] and get behind that vote. I think it's important student unions are involved in this sort of thing because ultimately in the Glasgow system there is only supposed to be one representative body through the SRC, all the unions have platforms. All of them have a voice, and this is firstly something students clearly care about. They have shown that overwhelmingly in petitions, a number of people have signed up to it.

RC: A significant number of students have supported it and we feel that we are duty bound just to represent students values, but also as the QMU we have such a long history with this. Our bar upstairs used to be called the Biko bar, named after the anti-apartheid campaigner. And so it was really important to me and to our board this year to get back to those values, and really focus on being an activists union. So I think that ultimately the job of student unions is to stand up for students, and also make sure their place of education stands by their values, for both the students and the lecturers.

MG: One thing I'll add there, one of the reasons these statements are so far about is because the court is absolutely abysmal when it comes to releasing minutes on time. I think the decision went down in July, and we had our first statement out before that, but we didn't actually get the minutes of that meeting in July till October. We were supposed to get them in September, but then there were some mysterious delays. We have also never gotten any follow up as to whether the actual items that were laid out in those minutes were ever implemented. Which include some pretty interesting stuff. Muscatelli was supposed to send like hand delivered emails to arms companies asking them not to commit crimes. We haven't heard anything back on that. So this is reminding them, don't forget this issue. Don't just bury it.

RC: And also, we were going to release this in September. It was around the news of the Uni becoming a sanctuary university, for refugees. But it made more sense to have it on the day of action for Yemen, which is the 25th of this month [January].

GG: What is the new information in the latest statement?

RC: Firstly, the fact that they rejected arms divestment... Secondly, this is the most shocked we've been, we have invested in arms more. The University's investment in arms has actually gone up. And then, the final aspect is this recent decision to become a sanctuary university for refugees. Which we really support, we think it is brilliant, but we also think it's contradictory. We mentioned in the last statement as well, the Uni has taken a strong stance on BLM [Black Lives Matter], and condemns police violence, and then they are funding companies that supply that [arms].

GG: As you mention, the University has decided to become a sanctuary university as part of a pledge to get more asylum seekers and refugees into higher education. How does this contradict their values when they also invest in arms?

MG: On quite a fundamental level, you know. In the most basic way possible they are funding companies whose technologies and whose weapons are creating various situations that create refugees, to begin with. The need to flee a country is coming from the very technologies that the University is investing in. I don't know what their end goal is there, but it doesn't feel right. Certainly, it's not in line with students that make up this university. I don't think a lot of students agree with this cycle, and I don't think a lot of students want to be a part of that cycle.

GG: So the newest statement has come out to coincide with the international day of action for Yemen on 25 January. Why is this such a relevant day?

RC: Yemen is obviously one of the key conflicts in recent years that we've seen the use of British made arms… Pretty shockingly it goes against the Arms Trade [Treaty]... That the UK signed. Then it turned out British bombs were being used in that conflict. It's a conflict that is very relevant, it's also a conflict that has seen large refugee numbers.

MG: Absolute humanitarian crisis. The Uni has actually acknowledged that the actions were illegal. So it was revealed that these arms companies were doing illegal activity. The Uni in those court minutes acknowledged that, and that's why it was said that Muscatelli was going to send letters to all these companies asking them to not do these illegal activities, and asking them why they did these illegal activities. So there definitely is a level of acknowledgement across the board that illegal things did take place. And I think this day of action [allows us to] take some time to reflect on the actual consequences. Not just defending the country, but actually, it's hurting a lot of people. It's killing a lot of people. It's creating a humanitarian crisis and the University by their investment is in some way complicit, and this is something the University has acknowledged.

RC: Arms conflicts around the world directly contribute to the displacement of 70.8 million people. That's 70.8 million people displaced directly by conflict and persecution. Though it just seems like, how could you [Glasgow University] be a sanctuary university if you are literally creating those situations.

GG: What else is happening on the day of action that may interest students?

MG: The QMU might be doing a lot of social pushes, given the current lockdown situation there is only so much you can do. I know there was a lot planned, but sadly most of that has been cancelled. To me just personally, it is mostly about reflecting on our position, and how we affect the world. And I think spreading that message is most important. Just keep an eye out and just think about it. I think days like this are good to just think about it and think about what we can do to change that.

GG: How can students get involved and help with the movements that are trying to get the University to divest?

MG: So there is a campaign against the arms trade, the Glasgow University Arms Divestment Coalition [GUADC] - always actively accepting members. They have quite a few open meetings, and also have an active instagram - that's worth a follow if you're interested. Otherwise, the QMU is also a good place to go. We're hoping to get involved in more issues like this in the future. So if you want to learn about groups like the GUADC, or similar ones, the QMU is going to try and be on the right side of these issues. RC: We have an activism space as well that Miles has headed up. It is currently not used and hasn't really been used this year which is disappointing. But for future years, or even hopefully for the end of this year, it's a place for people to collectivise...And I encourage students to get their voices known. Raise this as an issue, because I predict within 10-20 years time this is going to become an issue, that of arms divestment and climate change. Divestment will become an issue where people vote with their feet. And they'll probably become morally untenable for a lot of universities, even commercially, to support this. I think students need to make clear how big a priority it is for them.