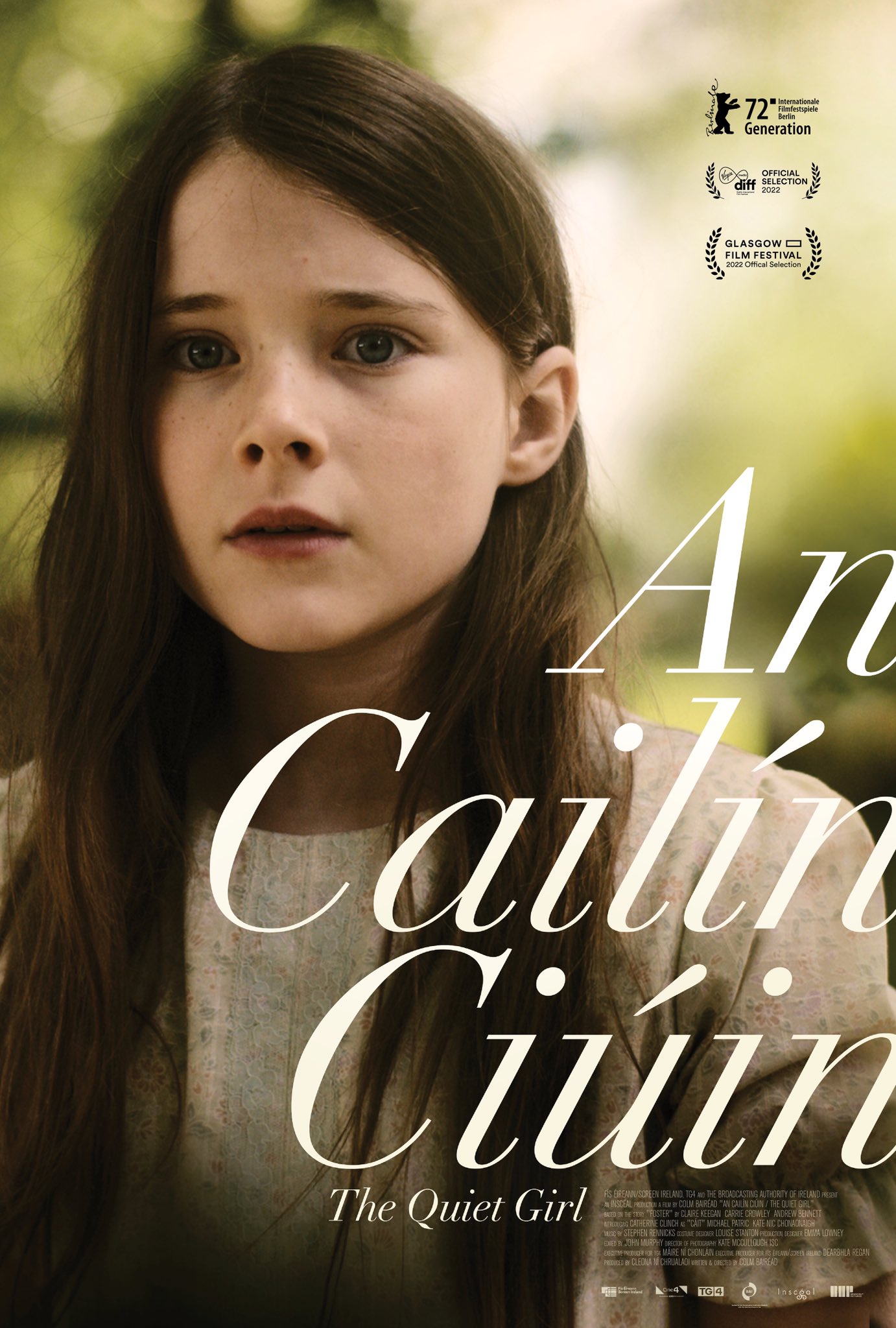 In a fascinating interview with the television station TG4, the seminal Irish writer Máirtín Ó Cadhain discussed what would happen if the tradition of Irish-language literature died out. He predicted the corrosive effect it would have on the country’s culture: “We’ll only have English or American literature. We’ll be finished as a people. The vision that every generation of Irish people had, will be at an end”. Ó Cadhain could take pride in the leading role he played in the movement to keep that literary tradition alive, but it is sadly one which has rarely transitioned to the silver screen. Wikipedia’s list of Irish-language films has merely 42 entries and only 10 actually utilise Irish as their main language. Colm Bairéad’s directorial debut, a frontliner of the Glasgow Film Festival, is therefore a mouthful of fresh air, telling a beautiful story almost entirely in Irish.

The fantastic young actress Catherine Clinch plays Cáit, the film's protagonist. At the beginning, we are introduced to her lonely world, divided between a nasty, oafish father, a solitary school life, and an emotionally distant mother. Hers is a life almost devoid of happiness, until she is sent away to spend the summer with relatives in rural Waterford, where she finds friendship and joy, for perhaps the first time in her short life. We see the transition through Cáit’s eyes, and follow her as she explores new horizons with the couple who take her in. The prepossessing shots of the village are a credit to Bairéad’s directorial eye; from the walls of the pebbledash houses, to the lichened trunks of the oak trees, every frame of scenery radiates with a summer glow.

"Hers is a life almost devoid of happiness, until she is sent away to spend the summer with relatives in rural Waterford..."

With its setting in the early 1980s, the film charts transitions, not only in the lives of its characters, but also in Irish and global society. It brings us to the early days of new technology and modernisation, casting a nostalgic attitude for the old and one of excitement for the new. Many of Cáit’s most enthralling new discoveries revolve around the latest inventions she experiences in her newfound home. Her eyes glimmer with delight when she sees a freezer for the first time, and she compares it to Tír na nÓg, the land in Irish mythology where ageing never sets in. The story is filled with beauty and magic, but always accompanied by tragedy. Though Cáit’s growth and findings take place in a wonderful world away from home, we are always aware that summer will one day end and she will have to return to her dreary life. Children of abuse and neglect often have such bittersweet moments on summer holiday trips, finding trustworthy guardians to reshape their view of the adult world that endured such scarring from their parents. These stories have been the source of powerful cinematic material before, such as the tender comedy The Way Way Back, and the profound animated short Beforel Orel. The Quiet Girl tells this story of summer escape with affection and grace, producing a poignant result.

In addition to its showcasing in Glasgow, the film has been acclaimed at the Berlin International Film Festival, and received eleven nominations at the Irish Film and Television Awards. Hopefully this well-deserved recognition will pave the way for more funding for Irish-language cinema, and provide space for filmmakers like Bairéad to create more masterpieces.

If you enjoyed this film and would like an interesting contrast, check out Bob Quinn’s classic Poitín. The first ever feature-length Irish-language film, it deals with many of the same themes as An Cailín Ciúin, with similar stunning scenery, but offers a much more cynical view of rural life.

An Cailín Ciúin (The Quiet Girl) is playing at Glasgow Film Theatre on the 4th and 5th March.